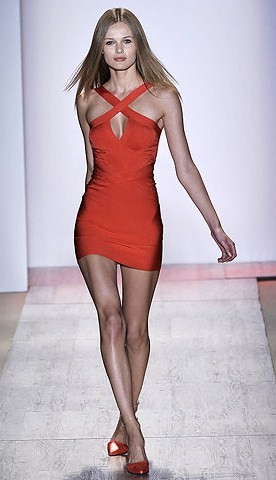 Herve Leger’s body-con â€˜bandage dress’ first hit the scene in the 1980s. In an era known for volume – shoulder pads, MC Hammer pants, big hair, puff ball prom dresses – Leger’s sculpted sheaths that shaped and smoothed the feminine silhouette in all the right places were a breath of fresh air.

â€œCreated for a glamorous and sophisticated woman, Leger’s designs were an immediate hit and paved the way for Azzedine Alaia in the 90s and Christopher Kane, Proenza Schouler, and Preen’s body-conscious collections.

In 1999 Herve Leger was taken over by BCBG fashion giant Max Azaria, a Los Angeles-based designer who re-launched the label to critical and red-carpet acclaim in 2007. A firm fashion favourite of Young Hollywood, Herve Leger has been seen on everyone from Lindsay Lohan to Cate Blanchett and is a staple in Hayden Panetierre, Kim Kardashian, Rhianna and Victoria Beckham’s wardrobes.

Rachel Bilson described her Herve Leger experience in InStyle as â€œvery sexy..very tight..the whole dress is like one big spanx. Indeed, the bandage dress does appear to have super powers: creating an hour glass figure whether the wearer has one or not. Who needs Superman when you’ve got Herve?! 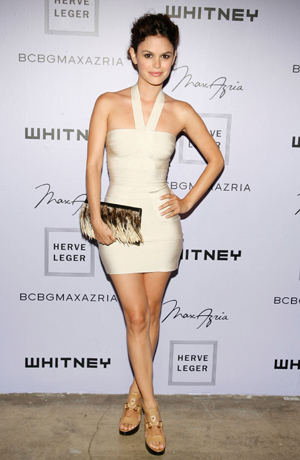