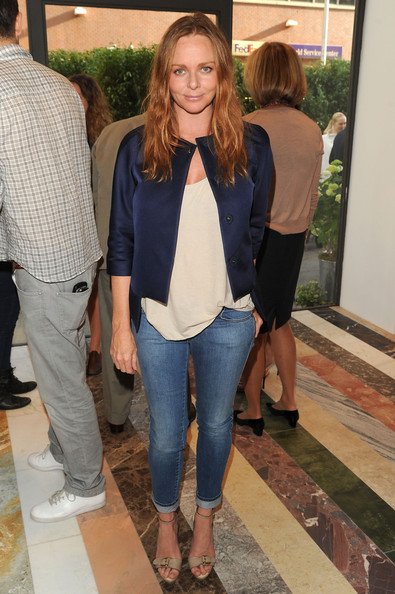 Stella McCartney is Pregnant:
After rumours have been circulating for the past week we can confirm that Stella McCartney is indeed pregnant with her fourth child. Due to arrive late autumn the latest addition to the very fashionable family will be a sibling to Miller, 5, Bailey, 3, and Beckett, 2 – we expect the little one to be kitted out in Stella’s range for babyGap, naturally. Congratulations Stella and Alasdhair! Read more here.

Debenhams bans airbrushing:
One of Britain’s best-loved department stores has spoken out and announced that it has banned airbrushing from its Summer swimwear campaigns. It’s about time we say! We can breathe a sigh of relief and look forward to seeing real women on the billboards from now on. Read more here.

Givenchy ends Couture Catwalks:
Say goodbye to the Couture catwalk at Givenchy because the luxury French fashion house will be instead inviting its high fashion clientele to private appointments. The label’s couturier Ricardo Tisci will shrink the collection to 10 looks and present it to editors and clients at an 18th Century townhouse in Paris. Tres exclusive. Read more here.

CDFA: Class of 2010:
The CDFA family has just got a little bigger as this week they announced the latest names to be added to its very exclusive roster. Designers joining the board this year include Rebecca Minkoff, L’Wren Scott and CDFA/Vogue fashion fund winner Sophie Theallet, all of whom will be welcomed at a very stylish soiree hosted by Vera Wang, no less. Find out who else will be joining the board here.

NEWGEN 2010:
With Men’s fashion weeks taking place in Milan and then Paris this week Menswear is well and truly in the spotlight, so what better time to announce those designers who will be receiving NEWGEN sponsorship for 2010. Taking to the runway this year will be Christopher Shannon, James Long (who will be making his solo debut) and J.W. Anderson. Find out who else received sponsorship here.