Katy Perry and Nicki Minaj are already two of pop’s most Barbie-like singers, with their sugary-sweet outfits and bold, dynamic multi-coloured hair. However, their love of all things Barbie is being taken one step further, as the singers are actually being made into the dolls they take their inspiration from – all in the name of charity.

Barbie maker Mattel has made just one limited edition version of each of the singers, which will be auctioned via CharityBuzz.com to raise money for the Project Angel Food foundation.

“It’s just a one of a kind, limited edition for charity, and so I never thought Mattel would even pay attention to me,” Nicki said. “For me this is a very major moment, because it just shows that you can come from nothing and still be a force in the main world, a business woman, and hopefully a mogul one day.”

The very aptly named Katy Perry ‘KatyCat’ and Nicki Minaj ‘Her Minajesty’ dolls are both inspired by the singers’ latest albums (California Dreams and Pink Friday, respectively) and we think you can agree the resemblance is uncanny.

The dolls will be unveiled at the Divine Design gala at the Beverly Hilton in Los Angeles on Wednesday night, with both Barbies estimated to fetch £15,000.

Just look at all the attention to detail – which doll is your favourite? 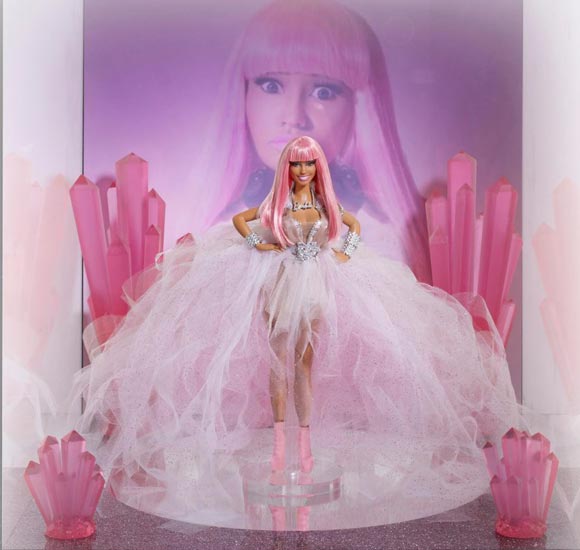