Even though no one can say that Sasha didn’t do a fine job in last season’s campaigns, we think Giorgio Armani’s casting was spot on for this particular collection, due to the very prominent brooding and androgynous theme which Milou Van Grosen has managed to encapsulate so effortlessly.

The Dutch model showcases the sharp tailoring and androgynous infusions of Giorgio Armani’s latest womenswear collection in a moody batch of photos taken by Mert Alas and Marcus Piggott under the direction of Giorgio Armani himself along the beach.

The ads are slated to debut in the February issues of your favourite glossies, so keep your eyes peeled for them. 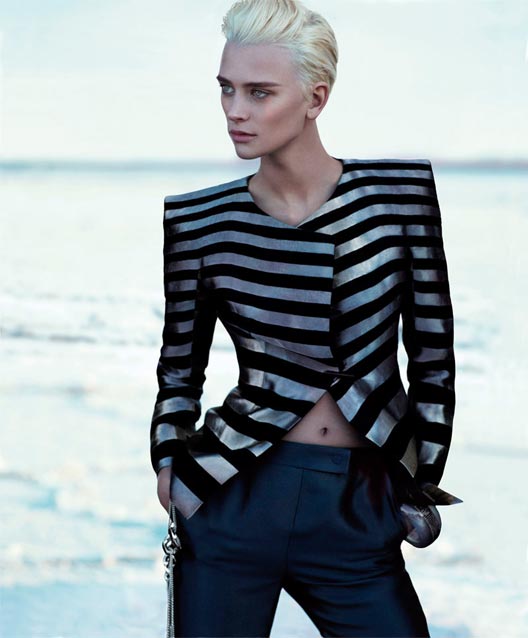