Doesn’t Jennifer Aniston look positively glowing on the cover of the InStyle US March issue? A soft wind machine and a happy relationship really does do wonders for a girl’s appearance, doesn’t it?

The actress, who will be 43 in just a few days, (yep, 43, you read that correctly!) talks to the magazine about working out, her relationship with ex-husband – and one half of Brangelina – Brad Pitt, and interestingly how her friends think she’s adopted boyfriend Justin Theroux’s way of dressing.

“He has great style – it’s very specific, and it has been his style forever,” Jen said. “Has it influenced mine? No, but I know people say it has.”

Do you think it has? We can’t say for sure, but we do know that she hasn’t looked this happy in years, which we of course partly put down to Justin.

Jennifer also puts those rumours about a rocky relationship with Brad to bed, branding it one of the most common misconceptions about her life.

As well as her honest interview with the magazine, Jen poses for a string of gorgeous photos which you won’t want to miss either, so make sure you pick up your copy of InStyle now!

How flawless is that subscriber cover below, by the way?! 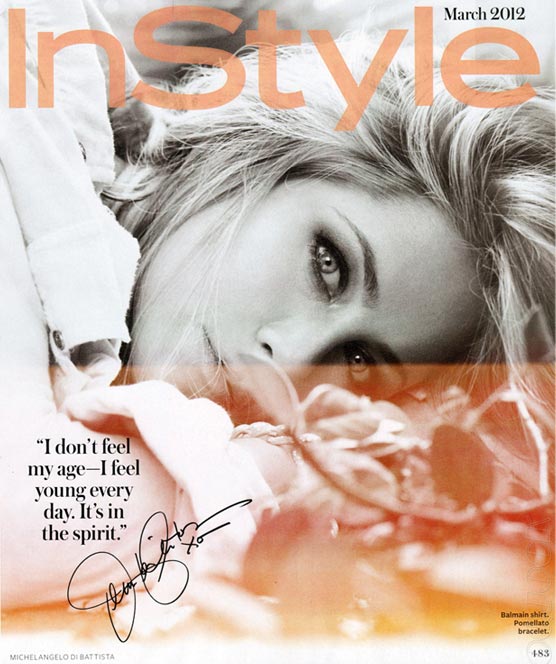