Our Gwen Stefani girl crush has not only returned, but it’s now in overdrive after finally clapping eyes on cover for the Harper’s Bazaar US September issue.

We don’t think the No Doubt singer has aged a bit since she last appeared on the scene a few years ago. and if you think her pictures, which were shot by Terry Richardson, are all smoke and mirrors (or airbrushing and Photoshop to be more accurate) then just watch Harper’s Bazaar’s behind the scenes video to be proved wrong.

Gwen showcases her versatility in the editorial shoot, as she models very high fashion and more playful and edgy looks with ease. Our favourite piece without a doubt has to be the hot pink Diane von Furstenberg jumpsuit, although the baby pink Jil Sander dress that she wears on the cover (teamed with a fab Alexis Mabille Couture hat) comes a close second. 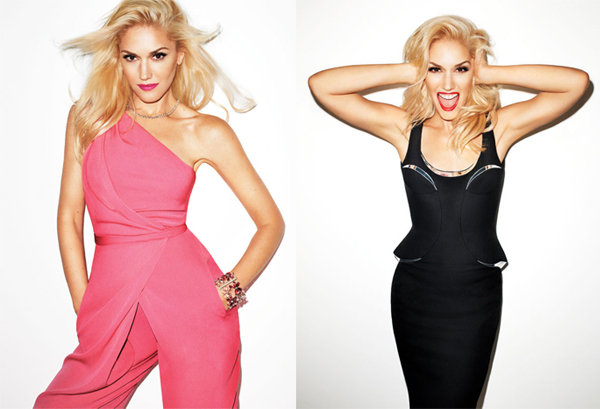 The singer and style goddess talks to the mag about her own personal look, motherhood and returning to the music scene with her old band, among other things. “It’s superfun being a mom, but it’s hard too,” she said. “ Finding that balance between work and family is the hardest thing I’ve ever done by far.”

Read more in Harper’s Bazaar’s September issue which hits newsstands on August 21st. Have fun waiting patiently until then!