Just in case you hadn’t worked it out from the rather, er, ‘subtle’ lettering, the ad campaign above is indeed for the one and only Diane von Furstenberg!

Remember DVF’s surreal spring/summer 2012 ad campaign images that had no faces in them so we could imagine ourselves in the clothes instead of the models? Well, although the autumn/winter 2012 ones sadly don’t have a mirror on them (boo), we think there’s something still quite surreal about them, don’t you?

And to be honest, we think we’d rather look at Arizona Muse’s lovely face as opposed to our own, so everything worked out for the best in the end!

The ad campaign was photographed by Camilla Akrans, and was apparently shot in an abandoned air strip, which we think is pretty interesting. Definitely mixes things up a bit! Click here to see more pics of Arizona doing her thing, and to get a cheeky behind the scenes look at the gorgeous model at work. 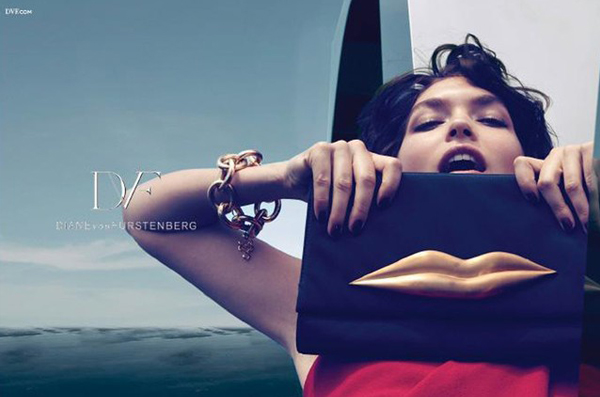