Yesterday we revealed that Letitia Herod was crowned the winner of this year’s Britain and Ireland’s Next Top Model, so we thought it was only right to take a look at her first ever official modelling gig.

One of the coveted prizes of the hit show included having a front cover and editorial spread for Company magazine, and judging by what we see before us, we think Elle Macpherson and the gang definitely made the right decision by choosing Letitia as their winner.

Not only did the BINTM victor strike some fierce poses, but she also gave a cracking interview too, telling the mag that she’d still like to get back to studying, and revealing how she truly feels about the judges. 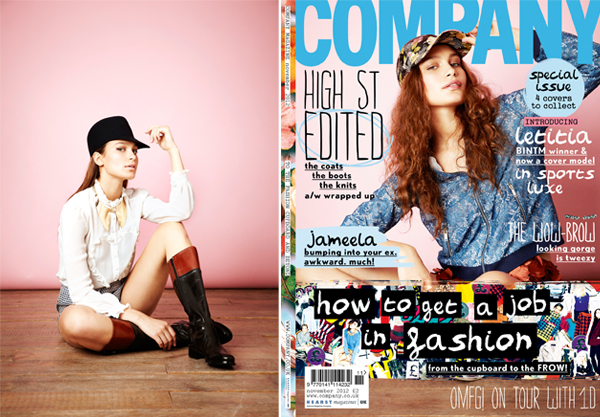 “You never know what the judges are thinking but all of them were lovely to me,” Letitia said. “Tyson was my tower of strength and Elle’s honesty is amazing. Whitney was very down to earth and Julien was really knowledgeable on the industry. Elle said she’d call me, so I’m nervous every time my phone rings.”

You know you’ve made it when Elle Macpherson has your digits!

You can read the rest of the interview and check out more of Letitia’s pictures in the November issue of Company – out October 10th.