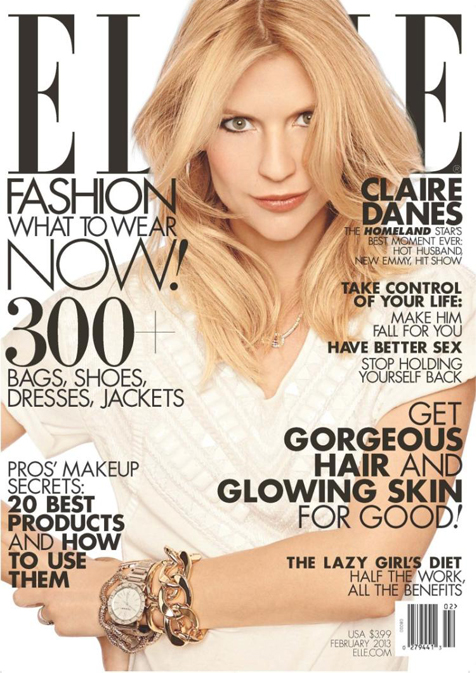 Awards season is coming up, which means there’s only a matter of weeks to go until we see the finest Hollywood actresses do their thang on the red carpet. One actress who seldom disappoints at all the big glam events is Homeland star Claire Danes, but luckily Elle US has given us an early dose of Clare by putting her on its February cover. Nice one, Elle!

Claire never lets us down with her photoshoots, and this rather saucy one is no exception. Seriously crushing on the Just Cavalli embellished top and Bulgari and Cartier bling she’s rocking on the front cover!

She also shared her “meeting Barack Obama” story with the mag, as well as why she waited to have children, and why 2013 “sucks” for the famous teens of today.

“When I was younger, I was a little bit more restless, but there weren’t as many eyes,” she said. “There weren’t as many tabloids or the number of cameras that everyone’s armed with. I feel huge sympathy for teenagers who have suddenly found themselves as public figures now, because it just sucks for them.”

There you go Hailee Steinfeld and Elle Fanning – Claire Danes probably feels sorry for you! 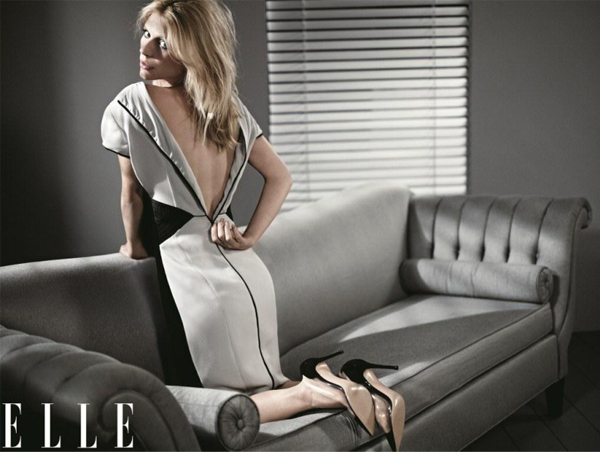