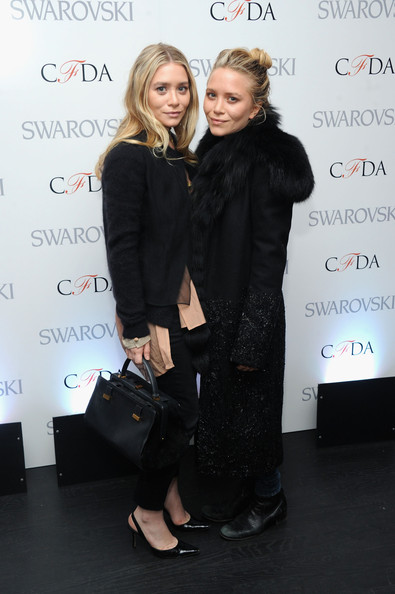 Mary-Kate and Ashley Olsen scooped the most coveted prize at the CFDA Awards last year – Womenswear Designer of the Year – for their The Row clothing line. So who has the Council of Fashion Designers in America nominated to take their crown in 2013, you ask?

Alexander Wang, Marc Jacobs, and Jack McCollough & Lazaro Hernandez for Proenza Schouler are all up for the prestigious award, while Steven Cox & Daniel Silver for Duckie Brown, Michael Bastian, and Thom Browne are up for the Menswear Designer of the Year prize.

It’s going to be a busy night for Alexander Wang and the Proenza Schouler boys, as they are also up for the Accessory Designer of the Year award too. Phillip Lim for 3.1 Phillip Lim is also in their category… going to be a tough one to call we reckon!

We may not know who will receive the aforementioned prizes, but a few of the big winners have already been revealed. Vera Wang is set to receive the Geoffrey Beene Lifetime Achievement Award, while Riccardo Tisci will get the International Award for his “outstanding contribution to the world of fashion”. Oscar de la Renta will be honoured with the prestigious Founders Award. Congrats, guys!

Who’s your money on for Womenswear Designer of the Year? And didn’t the Olsen twins look great at the nomination event by the way?