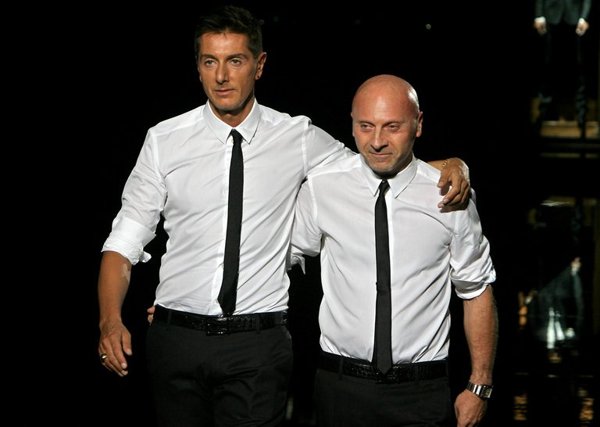 The verdict of the Dolce and Gabbana tax evasion court case is finally in… and it’s not what Domenicon Dolce and Stefano Gabbana were hoping for.

The designers have each been sentenced to one year and eight months in jail after being found guilty of tax evasion by Judge Antonella Brambilla. However, it’s expected that their lawyers will appeal the decision, and released the following statement last night:

“With great satisfaction, we acknowledge that – for the second time – a judge of the Milan Court has reiterated once more the absolute innocence – because the allegations are untrue – of Mr Domenico Dolce and Mr Stefano Gabbana of the accusation of having unfaithfully declared their earnings (the “notorious” million dollars of Euros).

Even more so, we are satisfied about the result of this part of the verdict because, according to Italian legislation, the statute of limitations had already run out of the charge of misrepresenting income. Despite this fact, the judge felt the need to acquit them on the matter: this means that, according to the Italian law, the proof of their innocent is more than obvious.

On the other hand, as we had the chance to state during the trial, the charges were simply a paradox: the two designers were charged with not having paid taxes for an amount of money which was double of what they had actually earned.

The Court has ruled correctly to what we have always stated and has calmed all the citizens: nobody will ever be held responsible for not having paid taxes that exceed what they had actually grossed.

Frankly speaking, we were astonished that our thesis on the regularity of everyone’s behaviour related to the taxes omission payment by Gado, was not accepted. In fact, the CEO of this Company together with other people including the designers, were found guilty of having contributed in a violation of the said taxes declaration omission. We will strongly appeal this part of the verdict, certain that the result will be over-turned in appeal

The absolution of the designers for the declarations related to their individual earnings is at the same time blatant and dramatic, because, notwithstanding the same fact was ruled as non-existent by today’s Court, the Internal Revenue Service might proceed with their operations against them, fining them for the excessive and surreal amount of money of more than 400 million Euros.

Due to the fact that the two designers do not have this kind of money – as the judge stated today, that they have never earned it – most probably the Internal Revenue Service will attack their most precious part of their patrimony, which is their shareholding in the Dolce & Gabbana Company.

We are anxious to even think of what the economic and social repercussion of this act might mean.”