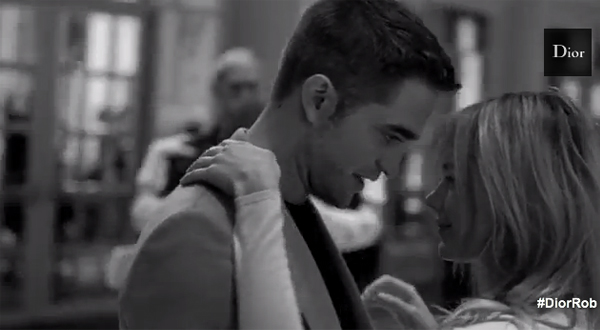 We’re not going to lie, Dior has been good to us. We’ve been treated to a few sneak peeks of Robert Pattinson’s Dior Homme ads over the past few months which have whet our appetites for the full thing quite nicely.

But now it’s not about the sneak peeks or teasers, as the whole Robert Pattinson for Dior Homme director’s cut video has been released… and it’s better and hotter than we could have ever imagined.

The video was directed by Romain Gavras, and features Robert Pattinson kissing, dancing with and generally being all over model Camille Rowe to the soundtrack of Led Zeppelin’s Whole Lotta Love. We’re both jealous and excited!

It really is quite good so make sure you watch it with no distractions. We’re on our fourth play already!

What do you think of the ad? Has it been worth the wait? Is R-Pattz a good fit?