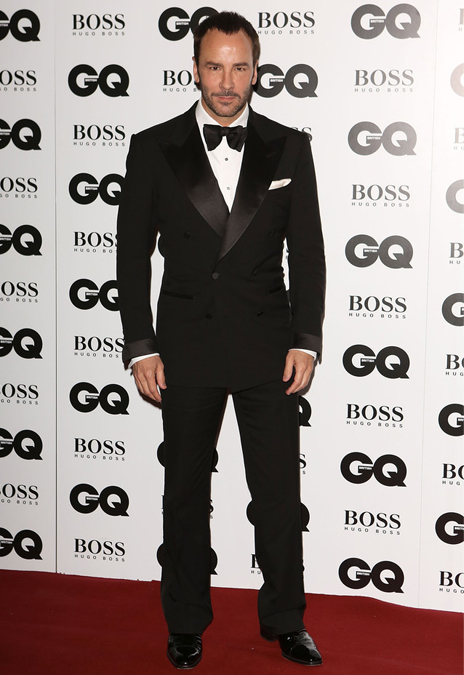 Huge congratulations to Tom Ford this morning, as he picked up the very coveted Fashion Designer of the Year prize at last night’s GQ Awards, presented by the hottie that is Mr Justin Timberlake. Swoon!

Tom Ford wasn’t the only big fashion name to walk away with a gong though, as Jonathan Saunders won the award for Breakthrough Menswear Designer Brand. Another worthy recipient if you ask us!

Other men to walk away victorious include Eddie Redmayne, who won the Remy Breakthrough award for his part in Les Miserables (although we would have also given him the prize for his smouldering Burberry ads with Miss Cara Delevingne, but what can we say, we love the guy) London mayor Boris Johnson who won the Politician award and Nick Grimshaw who won the Radio Personality award. Michael Douglas and Sir Elton John walked away with the respective Legend and Genius awards.

And Emma Watson gets a special mention too because not only did she look gorgeous at the ceremony, but she also picked up the Woman award. Nice going, Em!