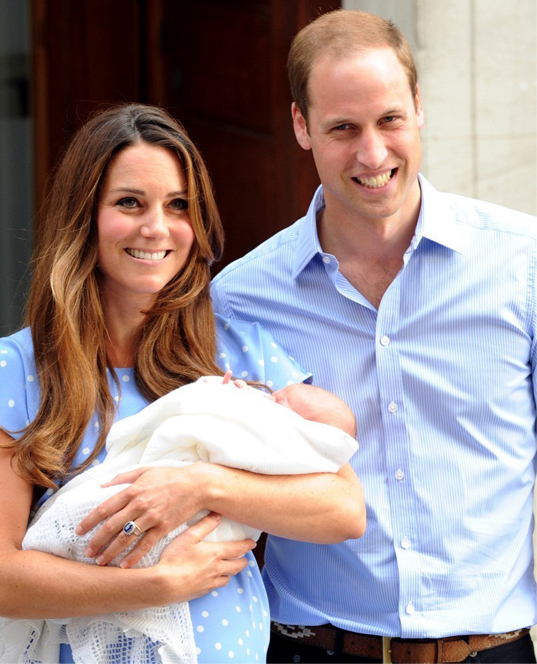 Kate Middleton and Prince William will be Christening Prince George of Cambridge, i.e. the Royal Baby, at St James’s Palace this Wednesday.

We already know it’s going to be a very intimate affair, but what we didn’t know – until now – is what he would be wearing for his big day.

It’s been revealed that the newest member of the Royal family will be wearing a little piece of history, as he will be Christened in a gown that has been worn by 60 Royal babies, including every monarch since Edward VII.

The gown in question was created by ‘Embroiderer to the Queen’ Janet Sutherland from Falkirk, Scotland back in 1841 for the Christening of Queen Victoria’s eldest daughter, Victoria, Princess Royal.

We say “gown in question”, but as the gown is now extremely fragile, Prince George will actually be wearing a replica that has been recreated by the Queen’s couturier Angela Kelly.

So that’s the Royal baby sorted; we wonder what his yummy mummy will be wearing for the occasion…