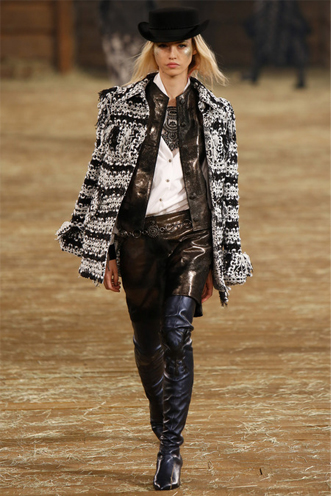 Karl Lagerfeld brought a hint of Paris to Texas, as it he staged the Chanel Métiers d’Art show in Dallas! Plus, Kristen Stewart has been named as the face of the Métiers d’Art collection! [Style]

Beyonce has surprised her fans by releasing a fifth album exclusively to iTunes. [Vogue]

Replicas of the Royal Fantasy bra worn by Candice Swanepoel at this year’s Victoria’s Secret Fashion Show are going on sale! [Fashion Times]

Jennifer Lawrence looks set to take another awards season by storm as American Hustle is up for seven gongs at next year’s Golden Globes. [Tampa Bay Times]