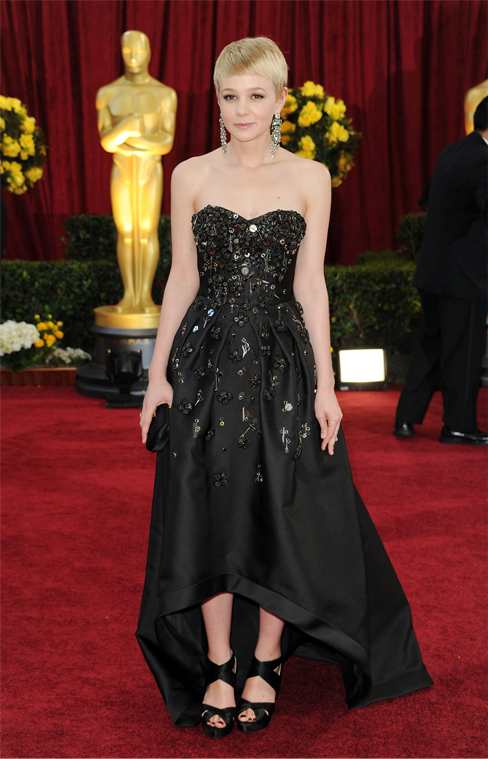 Carey Mulligan seldom fails to impress on the red carpet, and the 2010 Oscars were no exception.

“When I went to the Oscars – the only time I’ve ever been to the Oscars – a few years ago, I wore this Prada dress covered in cooking utensils,” Carey Mulligan told British Vogue. “I got drunk at the end of the night and started ripping them off and giving them as presents to people, so that was fun.

“I’m pretty sure that was the point of it, that’s how Miuccia meant for it to go I’m sure.”

Hayden Panettiere in Tom Ford at the Golden Globes aside, we know that the celebs are actually lent the dresses they wear on the red carpet, which means having to give them back to the designers.  We don’t know how Miuccia Prada reacted when the dress was returned with fewer utensils than it left her with, but we’re guessing she was a good sport about it.