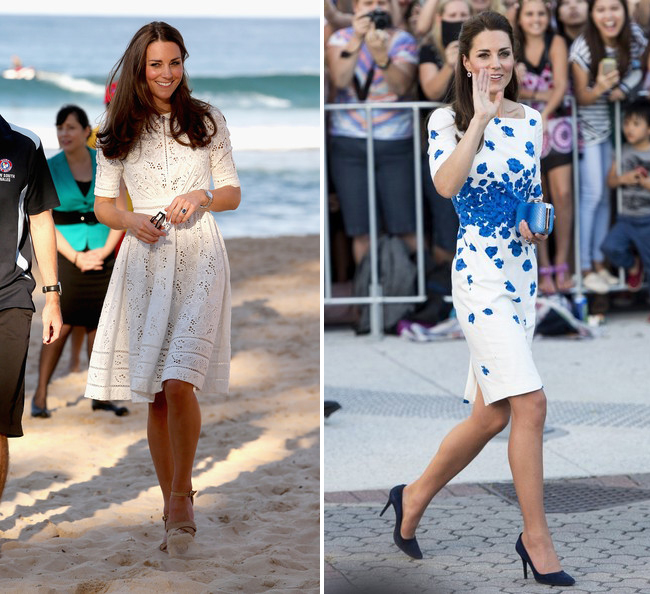 While we may have been slumped in front of the telly eating our weight in chocolate, Kate Middleton, Prince William and adorable little Prince George had a very eventful four day weekend as they continued their tour of Australia. And as usual, all eyes were on the Duchess of Cambridge’s sartorial choices.

On Good Friday, Kate Middleton went down to the beach and mixed with the locals, choosing a white eyelet dress by Australian designer Zimmermann and a pair of Stuart Weitzman nude cork wedges for the occasion. Running in the sand so gracefully even in wedges? We don’t know how she did it, but then we guess that’s Princess power for you!

We know that Kate loves her some L.K Bennett footwear, but she’s also pretty keen on the items of clothing too, which is why we weren’t surprised to see her visit the Royal Australian Air Force Base in Amberley in an L.K Bennett Lase dress. She accessorised with navy suede Alexander McQueen court shoes and a bright blue clutch by Australian brand Oroton. Divine! 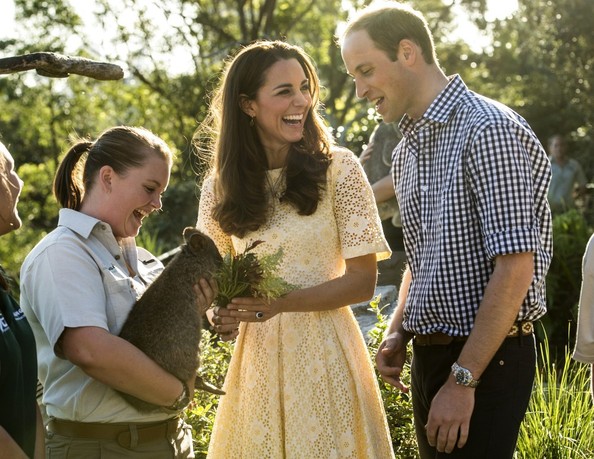 You can’t go to Australia without getting up close and personal with some koala bears, and that’s exactly what the royal couple did. Kate wore a cute Broderie Anglaise dress (previously seen when she visited the Solomon Islands) and some Stuart Weitzman Minx sandals for the occasion. A great chic but casual look for the Duchess!

Kate Middleton’s Easter Sunday look was particularly dreamy, as she wore a stunning dove grey Alexander McQueen coat with a matching Jane Taylor hat for a service at St Andrew’s Cathedral in Sydney. 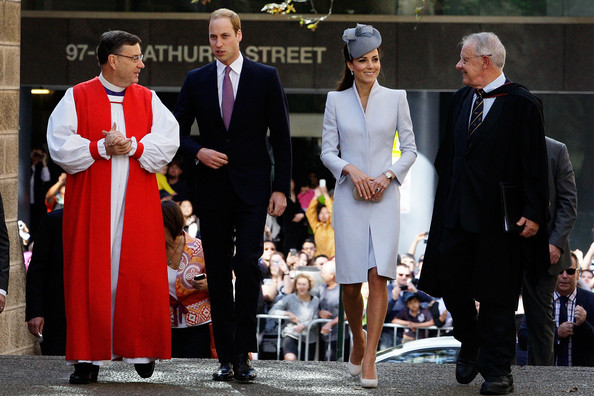 We love how Kate champions British designers, so we were thrilled to see her touch down in Canberra in a bold royal blue shift dress by the one and only Stella McCartney. We love Prince George colour coordinating with mummy even more! 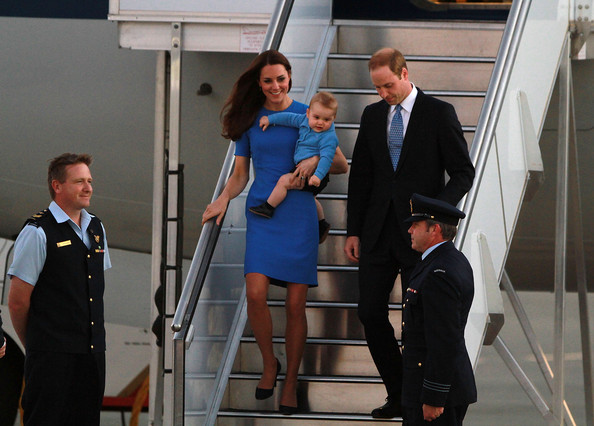 Although we have been seeing a lot of high fashion pieces in  Kate’s New Zealand and Australia tour wardrobe, we’re pleased to see some high street in there too. She wore her trusty Hobbs dress which we first saw her in back in 2012 to watch some traditional dance performances at the Cultural Centre, and we think she looked just as great as she did the first time. The necklace – which was given to her as a present by some locals – makes a nice addition to the ensemble.

And most recently, Kate Middleton went back to Roksanda Ilincic (she wore a yellow dress from the designer just a few days earlier) as she and Wills visited Ayer’s Rock. We love how his shirt and trousers complement the tones of his wife’s dress perfectly; we don’t think that’s by coincidence, do you? 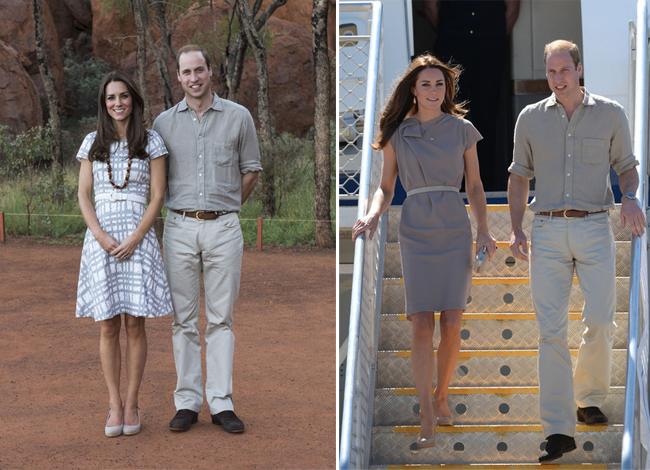 Phew – we think we’ve covered everything! Which Kate Middleton Easter weekend look do you love the most?