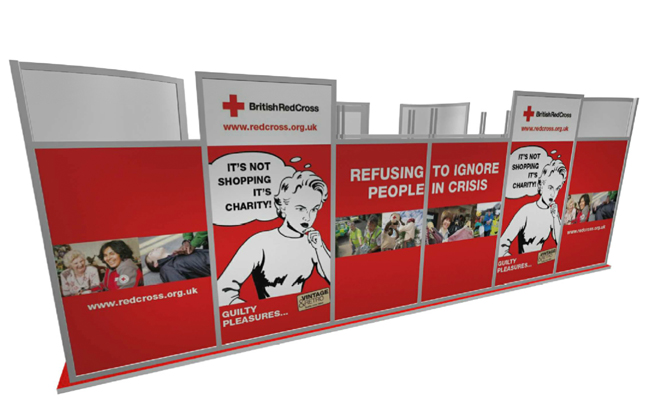 To celebrate the 100 year anniversary of its pop up shops, the British Red Cross will be opening a pop up designer boutique in Covent Garden next month for ten glorious days.

The British Red Cross launched the first pop up shop back in 1914 – back then it was named The Gift House – to raise money during the First World War… and it hasn’t looked back since!

Some of the hottest celebs and designers including Stella McCartney, Giles Deacon, Sienna Miller, and Erdem have let their support by donating some fabulous pieces, so you know it’s going to be a good one. Elbows at the ready!

“This is a very special campaign not only celebrating 100 years of Red Cross Shops but also commemorating the extraordinary commitment and sacrifice of our volunteers during the First World War,” said Paul Thompson, a spokesperson for British Red Cross.

“We are extremely grateful for the generous donations we have received from a variety of high-profile designers and home-ware brands, just as we were for the donations we received 100 years ago, and I really hope that people across the UK will get behind the stock drive campaign and donate to their local Red Cross shops”.

That’s right, it isn’t just high profile celebs and designers who are donating, as everyone is encouraged to take some items to their local Red Cross shop to get behind the cause. We’ll be raiding our wardrobes when we get home tonight to see what we can part with

The British Red Cross pop up boutique opens in Covent Garden on November 7th. See you there!