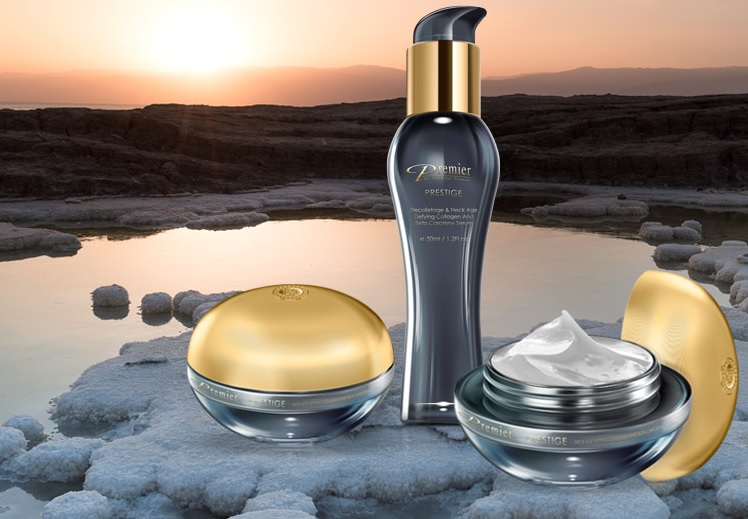 There is no shortage of skin-enhancing products in the market. In fact, the choices are so many that it’s easy to get confused on what to try. One product we’re currently loving is The Premier Dead Sea.

What You Need To Know

As the name suggest, Dead Sea Premier is a skin care brand that derives its secrets from the famed Dead Sea. For many skincare specialists, the Dead Sea is a natural wonder. It has a unique geographical trait as its one of the lowest point on the planet. The Dead Sea beauty phenomenon is not a new one. In fact, one of the most beautiful women in the ancient world, Cleopatra VII is a fierce believer of the mystical healing properties of the Dead Sea. Throughout history, she made various attempts to acquire the Dead Sea for exclusive use. Today, there is nothing mystical about the healing powers of the Dead Sea. Science has already uncovered that it’s the high mineral concentration of the Dead Sea that gives its wondrous skin-healing powers.

Premier Dead Sea takes advantage of all the natural healing properties that the Dead Sea has to offer, with the addition of the best skin care scientists in the world, the brand has created a line of products that features a harmonious and synergetic mix between the old and the new. Take a look at this Premier Dead Sea review video, for more details about the brand.

Key Components
The exact ingredients for each Premier Dead Sea’s products are kept in secret. For now, this is what is known:

Dunaliella Seaweed – it’s a unique kind of sea as it is the only micro-algae that is known to survive the mineral-rich waters of the Dead Sea. Because of the unique environment it thrives, the seaweed contains organic essential fatty acids, lipids, vitamins and proteins in rich concentration.

Dead Sea Salt– the salt is found in Premier Dead Sea is not like the salt in your kitchen. It has a high level of magnesium, which is essential in hydrating the skin. The salt has also a high concentration of organic chloride, potassium and calcium which is known to lift the skin and give it a firm feel.

Black Sea Mud – aside from the salt, the Dead Sea mud is also prized for its rich concentration of organic elements. People in the area believe in its ability to smoothen and soften the skin, and also for detox and improving blood circulation.

Plant Stem Cells – Premier Dead Sea’s scientist have successfully integrated plant stem cells into their different product lines. The plant stem cells serve a lot of purposes such as skin hydration and repair. It’s also prized for its ability to stimulate the increase of skin regeneration and for its anti-aging properties.

Liposome Complex – Premier Dead Sea’s scientist also integrates liposome complex that is derived from watercress, squash and carrots. The liposome complex serves a vital purpose as it facilities the skin absorption of the nutrients found in the company’s different skin care products.

If you’re interested in a more immersive Dead Sea experience, then Premier has a treat for you. You can search online and you will find a large amount of positive feedbacks such as this Premier Dead Sea review by Jpost. They have a special Salt Therapy room to further boosts the experience. The room’s walls are specially designed and crafted to mimic the salt caves that is often found around the Dead Sea. The Dead Sea Salt room is also more than a skin beautifying experience, but it can also assist in other skin conditions such as eczema and psoriasis.

Due to Premier Dead Sea’s advancement in skin care, they have been awarded countless prestigious awards from Bazaar Awards to Cosmopolitan’s “Best of the best” beauty awards. They have been receiving awards since 2004. To this day, the awards are still piling up.

The Premier Dead Sea is simply one of the best cosmetic brands in the market right now. The brand’s super effectiveness lies on two things – the natural skin healing powers of the dead sea and the infusion of scientific breakthroughs in skin care. Their line of products is definitely worth a try if you are serious about the health and appearance of your skin.