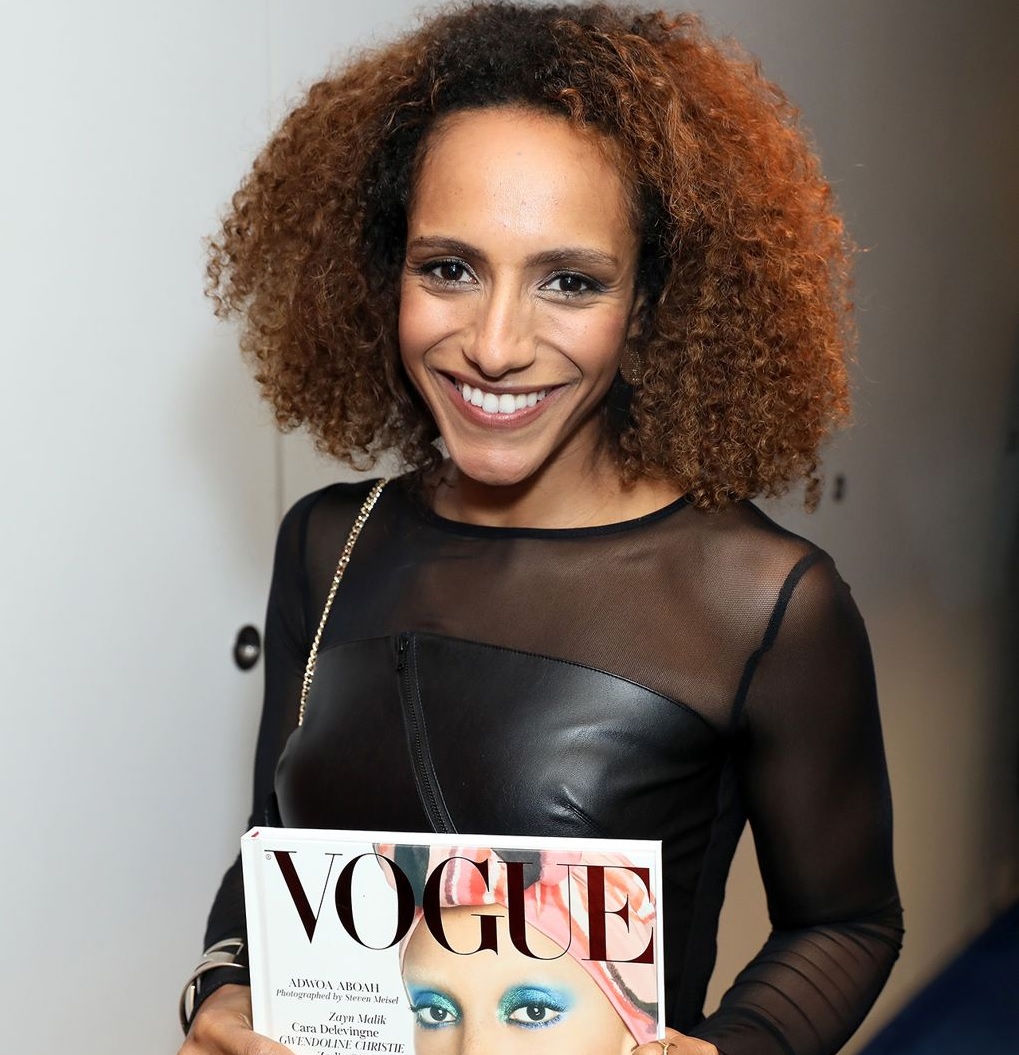 Not one to shy away from a thought-provoking debate, as evidenced on Sky News’ discussion show The Pledge and in her articles for The Guardian, journalist and broadcaster Afua Hirsch is set to release a new book in Feb 2018 and we can’t wait to read it. Titled Brit(ish) and focused “on race, identity and belonging”, we caught up with Afua to get to know more about the author behind the award-winning book that’s been described as “warm, funny and wise”.

What’s a typical working day like for you?
There is no such thing  as a typical day for me. But unless I have a TV shoot or event first thing, I start the day by taking my daughter to school and then doing a 5k run or a 30 minute circuit. Once a week I do Olympic lifts with heavy weights. I love training first thing in the morning, it sets me up to feel strong and powerful all day. I schedule meetings in the middle of the day to avoid travelling into central London during rush hour, so often spend a couple of hours in the morning working on a writing project or a pitch for a new broadcast documentary.

I try to organise meetings around lunch, since I have to eat anyway! I might meet my publishers to discuss marketing my book, one of the production companies I’m working with on a TV series, or spend the whole day in the British Library researching.  I often host events, do live interviews, chair panel discussions or give speeches or talks in the evening, but if I don’t, I make sure to be home for 6:30 to have dinner with my daughter, it’s the highlight of my day!

We’re pretty excited about your new book Brit(ish). Can you tell us a little bit about the inspiration behind it?
Brit(ish) is the book that I always had to write – it’s the book I wished I could read when I was growing up. As a mixed heritage person in a community where I was very much a visible minority, and desperate to embrace my African heritage but confused by the negative messaging around black people and the African continent in the media, I spent a lot of my teenage years in what I can only describe as an identity crisis. As I’ve got older and seen more of British society and the establishment, as a barrister, journalist and writer, I’ve realised that the crisis I felt so personally is actually a crisis of Britishness and identity that has far wider implications than my own experience. I think we are all, as British people, being handicapped from a frank discussion of what kind of country we are, how we came to be here, and what that means for our individual and collective identities.

What was the most challenging and enjoyable aspect of writing Brit(ish)?
The process of writing my book was one of the happiest periods of my life. I wrote it in five months, and at the time was on book leave from work, so I had a clear incentive to get it finished in time to avoid having to go back to juggling it with full time work. The most challenging aspect was the editing process. Taking a book I had poured my heart and soul into and written so lovingly, and then having to cut it. Drastically! It was like losing someone I loved.

We’re starting to experience a major shift with regards to discussions about diversity in the workplace especially within the fashion industry. It’s definitely a long time coming but do you think the discourse will result in any real and lasting change?
I don’t think we can move forwards until we change the terms of the debate. We have learned a new vocabulary of diversity speak which we layer on top of things without having to do the harder work of analysing why our society is so unjust and why disadvantage is structured along racial fault lines. My book is arguing that there is a lot more work to do before we can earn the luxury of becoming a “post racial” society.

What did you cherish the most about your time living in Ghana?
I loved the fact that my heritage – which is so often exoticised, demonised and caricatured in Britain – is so normal in Ghana. Banku and shito is normal, my name is normal, being black is normal, being Afro-centric is normal. For my daughter, who was 6 months when we moved there, that was really important for her – to know that to be black is not a “niche” identity, and our food does not belong in the “specialist” aisle in the supermarket. There is a place where it’s standard. And that’s powerful.

If you could have five icons, past or present, over for dinner. Whom would they be?
Ottobah Cuguano, Phyllis Wheatley, Nine Simone, Kwame Nkrumah, Chimananda Ngozi Adichie. If I were allowed a special guest I’d invite Queen Elizabeth I and let the others grill her as to why she decided to invest her personal wealth in pioneering the slave trade.

Favourite holiday destination and why?
Iceland! I spend a lot of time working in African countries, and I’ve been fortunate enough to travel a lot in the Caribbean, Europe and Asia. To switch off and relax I love the barren wilderness of Iceland – it’s a total contrast to everything else I’m used to.

If you could live in a past decade which would it be and why?
The 1960’s. I would have liked to have been there during the civil rights movement and the era when black consciousness really began to assert itself as a political force.

Last book you read?
Stay with Me by Ayobami Adebayo. She is a beautiful and talented storyteller.

Favourite restaurant?
Lunch at Ottolenghi in Islington has become a tradition. I follow Zoe Adjonyoh of Zoe’s Ghana Kitchen to her pop-ups wherever they are, I think she’s great, and I so relate to her use of food and cooking as a way of connecting to her heritage.

Best piece of advice you’ve been given?
My partner used to say, when I was in my 20’s and stressed out and over emotional about everything: Don’t take this life so seriously. Wear life lightly, like a loose garment.