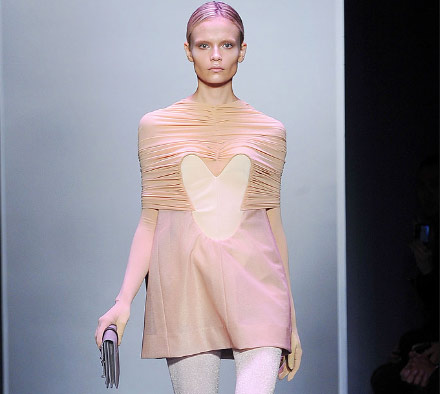 The show I look forward to the most during Paris Fashion week? Without a shadow of a doubt it’s got to be Balenciaga. Nicholas GhesquiÃ¨re single-handedly breathed new life into the blazer and brought florals back into the forefront of fashion. For Spring/Summer 09 Natalie Vodianova opened his indescribable collection, which in GhesquiÃ¨re’s own words â€œplayed with textures to see how they reflect or absorb light.

The shapes and structure used by GhesquiÃ¨re especially the pantsuits we suspect will be introduced into mainstream fashion slowly. The dresses (and the clutches which made their runway debut) however, we believe will be received warmly next season by the high street whom almost always look to GhesquiÃ¨re for inspiration. 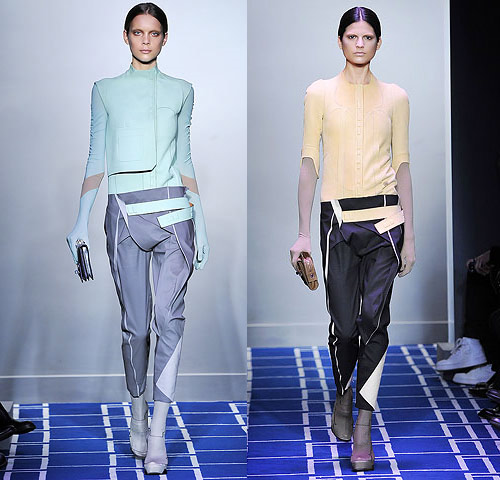 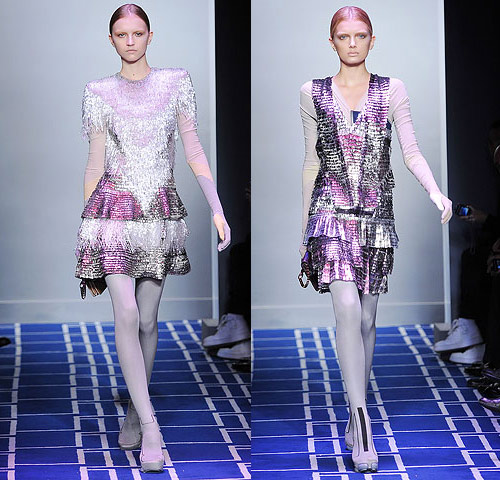