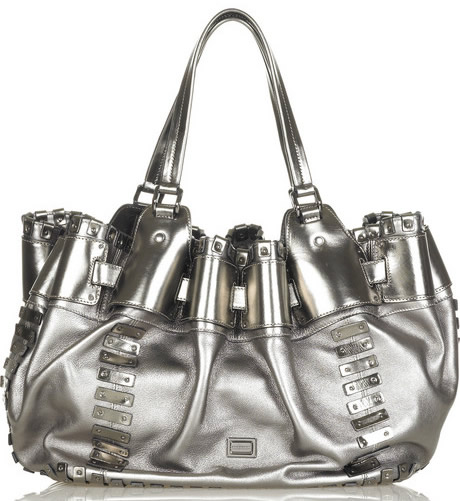 We still have a thing for metallic bags especially this creation by Burberry. This metallic leather shoulder bag is blinding…we know, but the beauty is in the detail. [Purse Blog]

Will she? Won’t she? Rumours that Kate would play Vivienne Westwood did the rounds last week, yesterday a spokesperson confirmed Kate has the role, now her publicist implies its a load of rubbish. Huh???!  [The Cut]

McQueen’s corsets at Paris Fashion Week were so tight one model fainted and couldn’t close the show. Which begs us to ask the question, "how does he expect us mere mortals to wear them then? "  [WSJ]

The Doc is back in town!

How to Wear Coloured Mascara