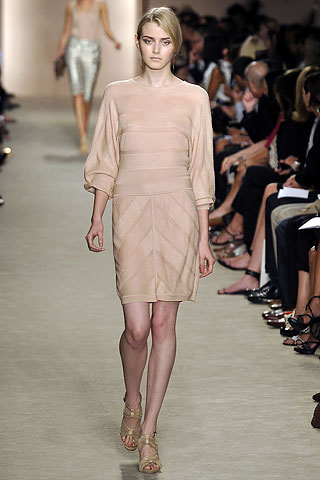 It’s the naked truth: Birthday suit dressing is officially in vogue. If you’re the colour-shy type and usually live in black during the winter months, this new nude trend is your refreshing spring tonic. This season’s look of sheer romanticism went hand in hand with nude tones. Subtlety was a signature look on the spring/summer ’09 runways, with a set of styles that showcased soft flesh-tone hues and pale and earthy neutrals. Feminine and delicate nude tones in honeydew, blush, sand, camel, coffee or cream are an alluring and sensuous trend this season , and all ooze sophistication. Everyone from Prada and Preen to Derek Lam and Lanvin embraced flesh-toned ensembles and second skin dresses. So, this season, give a nod to the nudes and embrace fashion’s softer side in tones of cafe au lait.

While nude tones took on a risque new dimension on the S/S catwalks with underwear as outerwear, you can still protect your modesty by layering fabric in the same hue or in a few different neutral tones to give a more opaque effect. Texture and silhouette come to life in a neutral palette so embrace romantic pleats, ruffles and tiers. As a broad rule, paler and buttery neutrals work best on those with olive and darker complexions, while nudes such as pale coral, cinnamon, putty and coffee shades can easily work with paler skin , without the risk of looking washed out. If you’re looking for a fresh alternative to this summer’s acid reign then why not get down to the bare essentials with a nude palette? 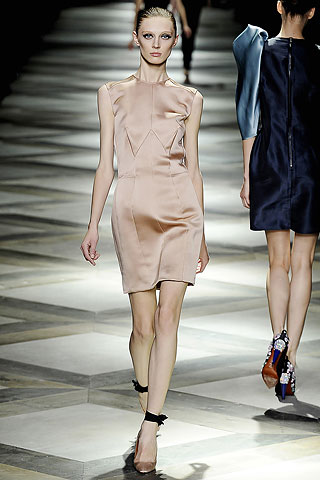 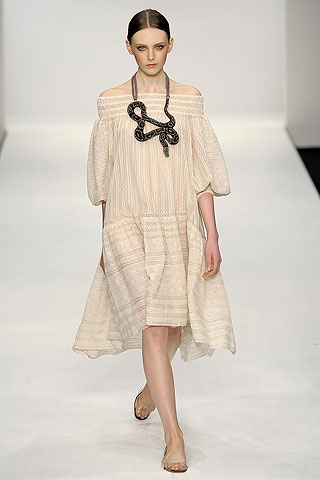 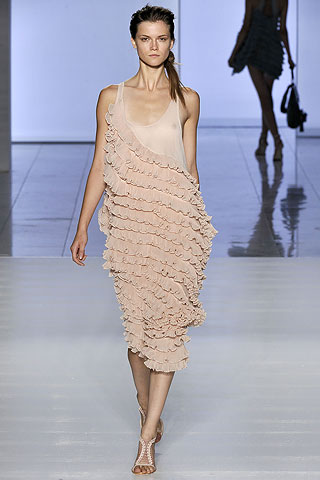 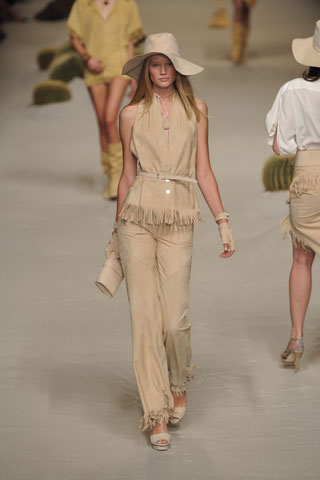