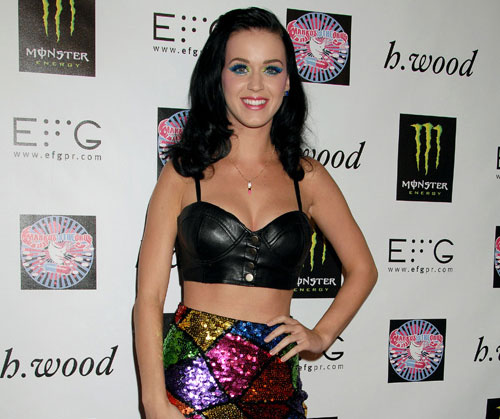 ‘Waking Up in Vegas’ singer Katy Perry thinks designers should be willing to sell items from their older collections is they are better than their latest collections.

The ‘Waking Up in Vegas’ singer doesn’t agree with throwing pieces away just because they are old, and thinks designers should be more willing to lend clothes from their past collections.

She said: “I get upset when designers won’t lend me something from three seasons ago because I’m like, ‘That was your better season. This season sucks.’ ”

READ:   Christian Audigier has a surprise planned for Paris!

The ‘I Kissed A Girl’ hitmaker is famed for her quirky outfits and encourages her legions of fans to dress in the same way.

She said: “Two days ago, four kids turned up to my show dressed as bananas, so I had them join me on stage for ‘Hot N Cold’. It was pretty much the stupidest thing you’ve ever seen.”

Katy, 24, recently revealed she judges people by their clothes.

She said: “Whenever I meet new people I don’t need to talk to them to know I’d want to hang out with them, just because they have a cool sense of style.

“It’s fantastic to show off your personality through what you’re wearing. You can give off an energy or a vibe just by wearing a silly, cut, light-hearted, smack-a-smile-on-your-face style.”

READ:   Win tickets to see Katy Perry in concert!
This page may contain affiliate links. We may receive a small commission when you click an affiliate link and make a purchase. This helps keep My Fashion Life running so we can provide you with high-quality content regularly. Thank you for your support!