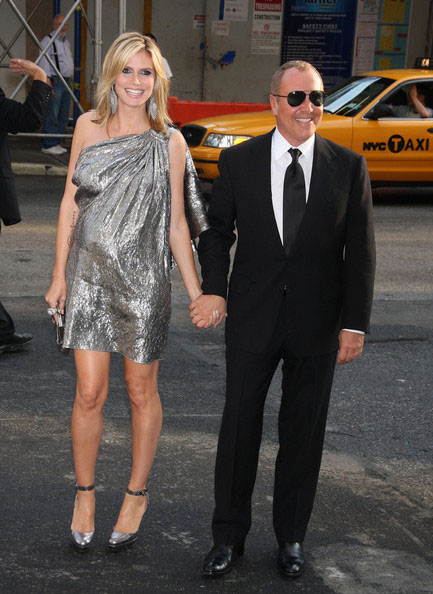 Heidi Klum is being turned into a Barbie doll.

The German supermodel – who is pregnant with her fourth child – will be immortalised in plastic as part of Barbie’s Blonde Ambition Collection, which celebrates iconic blondes in fashion and entertainment.

When asked what she wanted her fashion doll to look like, Heidi said:

“You guys just have to hold onto your horses a little while longer and then maybe then you’ll know and see.”

Heidi – who was given the keys to Barbie’s Malibu Dream House and Car at the iconic doll’s 50th Anniversary celebrations last month – is not the first celebrity to have her own doll.

Earlier this year, a plastic action figure based on Sienna Miller’s character Baroness in ‘G.I Joe: Rise of the Cobra’ was created. The actress – who played a lover of poet Dylan Thomas in ‘The Edge Of Love’ – said:

“I don’t think anyone, anywhere would be playing with them if they were for ‘The Edge of Love’ but ‘G.I. Joe’ is a whole new experience.

“I’m not sure if I’m going to be playing with my own doll – but I’m going to have happy nieces and nephews, I’m sure.”

Armani's key bags for next season