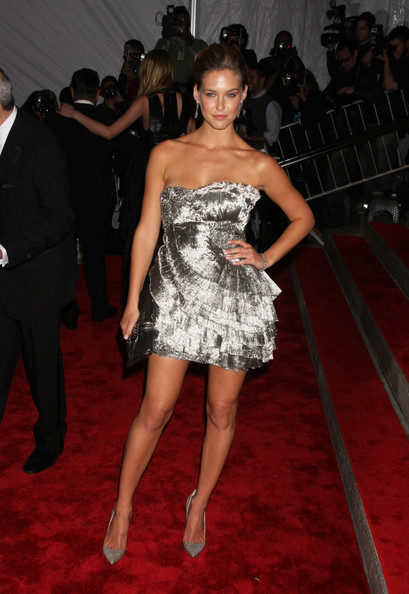 The supermodel has signed a deal to be the spokeswoman for the Triple Nutrition Hair Care and Anti-Humidity hairsprays, which will be released at the end of this month.

Bar – who has appeared in previous campaigns for Garnier – said:

“I like Garnier and have been using their products for several years. Their products and ingredients fit my lifestyle perfectly – helping me keep my hair strong, healthy and shiny. It’s such an honour to be the spokesmodel for Garnier Fructis’ new launches, the Triple Nutrition Hair Care collection and the Anti-Humidity Hairsprays.”

Maybelline New York/Garnier President David Greenberg said of the company’s new spokesmodel: “We are thrilled to be partnering with such a beautiful woman inside and out. Not only does Bar Refaeli have beautiful hair that’s in line with what the Garnier Fructis products represent, but she embodies Garnier’s overall focus on healthy beauty and a positive mindset.”