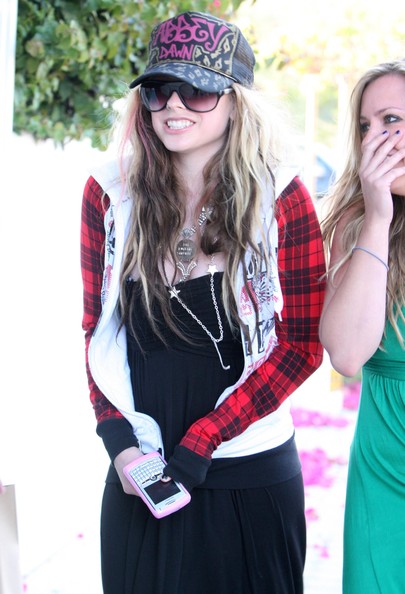 Avril Lavigne is expanding her fashion line to include younger girls.

The ‘Girlfriend’ singer – who launched her Abbey Dawn collection for juniors at US store Kohl last year – has created a children’s line for the range, which is inspired by her own rocky style.

Taking about the designs, which will feature layered T-shirts with skulls on and leggings, Avril told People magazine: “We have a really cute zebra hoodie with ears and I’m like, ‘Can I fit into the extra-large? Because I really like these!’ ”

As well as her new fashion line – which she will launch later this month – Avril is also releasing a perfume called Black Star.
She said: “It’s really me in a bottle.”

Speaking about her own style, Avril admits she has become more feminine over the years but will never forget her tomboy roots.
She said: “I mix rock and roll elements with high-end stuff now – I love Chanel. I’m just more feminine now, but my style still has everything I’ve ever liked.”