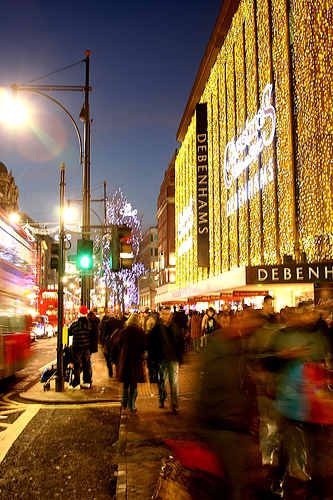 Tens of thousands of items across all areas will have their prices slashed, both in store and online , a move which is bound to infuriate its big rivals in the lead up to the frantic festive spending season, with experts predicting a full-blown retail war on the high street.

â€œCustomers everywhere continue to feel the pinch in this recession. In fact many feel that there is still no light at the end of the tunnel. They want us to reduce prices now, so that’s what our Christmas Spectacular will do, said Michael Sharp, Debenhams’ deputy chief executive.

A similar strike by Debenhams last year was so successful that it forced many big name retailers to cut Christmas prices, so with rivals reacting to avoid losing business, could this be the most fiercely fought Christmas shopping campaign on the record?

Oh, how exciting! We knew we hadn’t yet started our Christmas shopping for a reason…