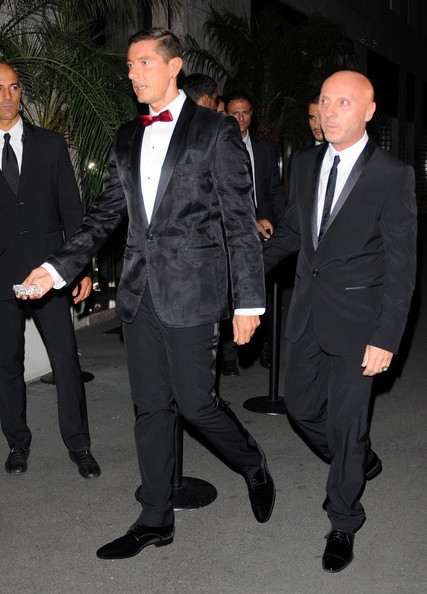 We were more than intrigued earlier this year when it was announced that the super star-studded musical movie Nine was to feature cameos from none other than two of our favourite designers turned actors, Stefano Gabbana and Domenico Dolce. Well, with the film released this weekend it seems that Stefano has caught the acting bug.

â€œMany people ask us to do little parts in movies, and it depends on the time. Domenico is not so comfortable because he’s really shy, but I love it. My dream when I was young was to become a movie actor. I never studied acting, but I did a TV program five years ago Stefano, who’ recently received the Ambrogino D’oro award alongside Domenico, told WWD.

So could this be the end of Dolce and Gabbana? Luckily for us, following the release of the Madonna for D&G SS10 campaign shots, Stefano has no plans to swap fashion for film.
â€œMy career is fashion designer. If you want to make something really well, you need to spend a lot of time. I don’t have a lot of time to make movies or act. I would love [to], but it depends. Maybe a famous movie director [will] offer me a really big part. You never know.

Weird and Wonderful: Revitalash (Part One!)