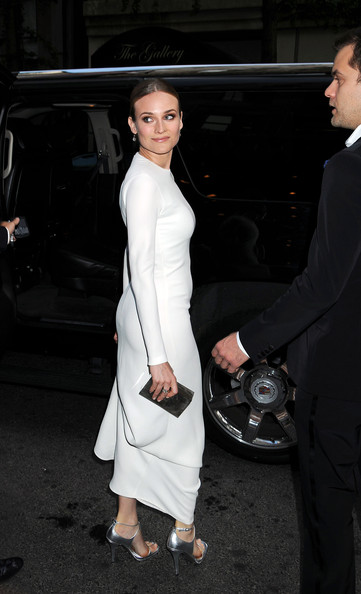 It looks as though Calvin Klein will be extending its impressive roster of spokeswomen today to include yet another international star: Diane Kruger, and with this actress-come-super-style-icon fronting its fragrance, we’re predicting good things ahead.

The fashion house confirmed today that Diane Kruger will follow in the footsteps of many a good looking star – Scarlett Johansson, Eva Mendes, Christy Turlington, Kate Moss and Natalia Vodianova to name a few – by fronting its latest fragrance, Calvin Klein Beauty.

And this is no new feat for the former model, given her track record as global ambassadress for L’Oreal. She’ll be appearing in a global print and television advertising campaign come Autumn/Winter, the Daily reports, around the same time the scent is set launch.

We smell a success.

Naomi Campbell breaks down on Oprah

Secret Sex and the City plots are exactly that