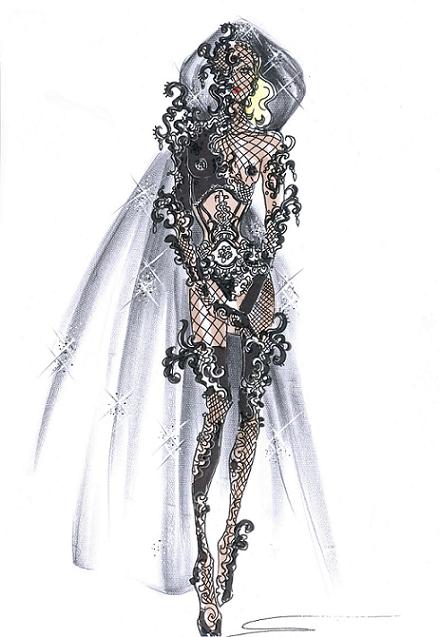 Well what do you know? Giorgio Armani and Lady Gaga seem to be making the best of friends, if the amount of outfits he’s created for her are anything to go by. He’s designed yet another ensemble for the singer, which she wore for last night’s performance on American Idol.

In case you didn’t realise, Giorgio’s a big fan of the Lady – and surprising still, of American Idol.

“American Idol is a real modern phenomenon that has captured the public’s imagination and delivers great drama,” he said. “It is fitting then that the show is to host another modern phenomenon who has proved to be fascinating, and whose every appearance is a piece of theatre: Lady Gaga.”

“Dressing Lady Gaga for the Grammy Awards, the Metropolitan Museum of Art’s Costume Institute Gala, and now for American Idol has been a very exciting project,” the designer continued. “To complement the spirit of Lady Gaga herself, I have let my imagination run free, and the outfit I have created for her for American Idol is pure fantasy.”

We wonder just how long this collaboration will last?