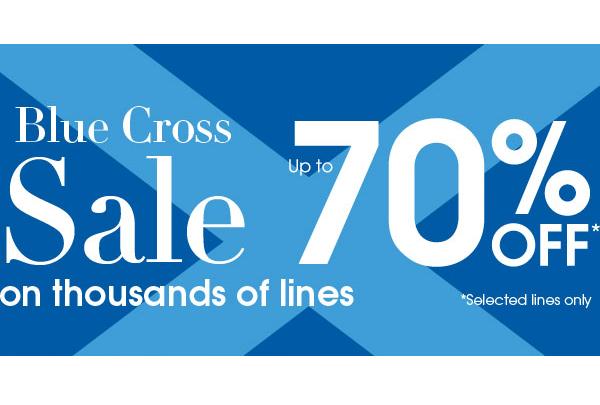 It’s that time again! If you were anyone else we’d suppose you’d get bored of hearing about all these sales, but we know you, and we know you love a good bargain. So joining the end of season sales today is Debenhams, and with up to 70% off, it’s a pretty tasty addition.

We’re sure you don’t need telling how pretty darn great the Debenhams Blue Cross Sale is – the fact that queues generally tend to worm around the block at opening hour is testament enough, we reckon – but we’ll give you a few hinters anyway.

From today there’s up to 70% off thousands of lines, including clothing, accessories, menswear, childrenswear, homeware and the like, as well as the ever-impressive Designers At range (hands off the H! By Henry Holland – that’s ours) at Debenhams stores nationwide and online.

If you want our advice, we suggest snapping up a stylish swimsuit for that last-minute holiday (it’s ok, we booked one too) before they sell out.

Cosmopolitan Blog Awards – we need you!