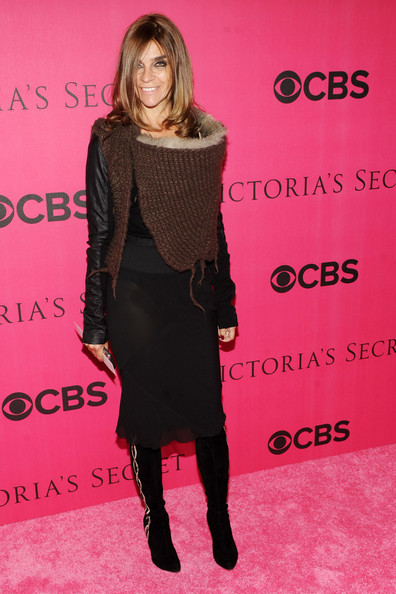 She’s one of the most talk-about editors – second only to Anna Wintour, perhaps – and her eagle eye for style has made her a hot street style ticket, but after 10 years as editor in chief of Vogue Paris, Carine Roitfeld is leaving the magazine.

And she’s not hanging around, either – according to the magazine’s online counterpart, where the news has literally just broken, her departure will be effective within a few weeks, following Roitfeld’s wishes to concentrate on personal projects.

“Carine has marked the history of Vogue Paris with her incredible talent as a stylist and editor,” says Jonathan Newhouse, chairman of Conde Nast International. “She will be missed.”

Xavier Romatet, chairman of Conde Nast France, added: “I regret, of course, the decision of Carine, although I understand it. A page turns and begins a new stage for this strong brand, powerful and sure of its values.”

And now to the all-important question of who will replace her. Let the speculation begin…