Earlier today, we tweeted you guys a reminder to pick up your copy of Metro International, as today’s issue was guest edited by the one and only Karl Lagerfeld. Not to be missed!

Akin to every other interview he gives, Kaiser Karl provided a host of interesting quotes that only he could come out with. Some may become misconstrued in the near future, but his frank honesty is one of the many reasons we love him.

“The thing at the moment is Adele. She is a little too fat, but she has a beautiful face and a divine voice.”

“I prefer Adele and Florence Welch. But as a modern singer, she is not bad. Lana Del Rey is not bad at all. She looks very much like a modern-time singer. In her photos she is beautiful. Is she a construct with all her implants? She’s not alone with implants.”

Karl on MIA sticking her middle finger up during Madonna’s Superbowl performance:

“Nowadays people give the middle finger quite quickly – it’s not the best behaviour. Everybody does that, what’s new about that? It’s just become a bad habit. People in magazines are 50% bimbo and 50% pregnant women.”

Karl on his weight:

“I found out that clothes are much better than scales and things like this. Clothes don’t lie. If you have only clothes in one size and nothing one millimeter bigger, the minute something hurts somewhere, you know it’s time. And always keep a pair of tight jeans, something tight for control.”

You can find more Karl-isms in today’s Metro International, which is available in 22 countries and 100 cities. You can also get it from iTunes or ModMods.com. 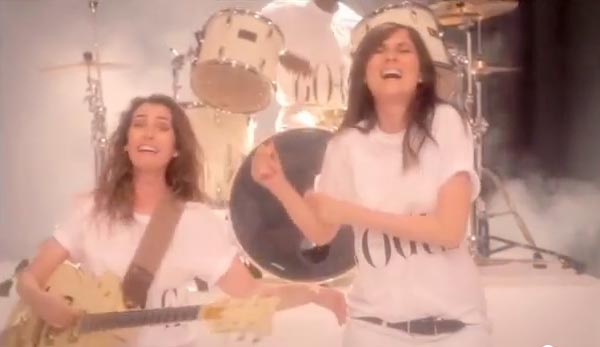