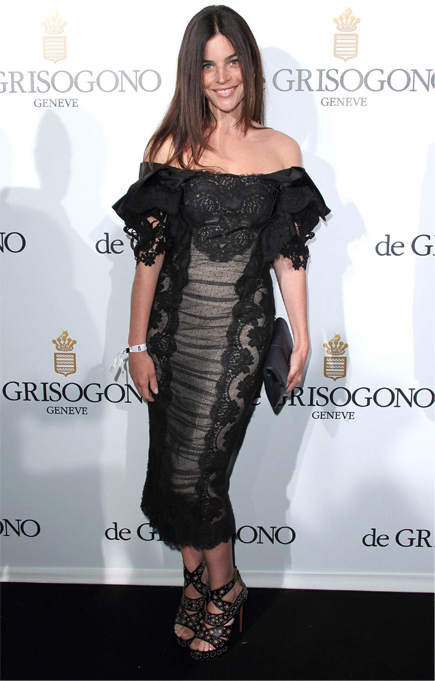 Last year Carine Roitfeld staged an all-black runway show during the Cannes Film Festival, and it looks like the message she portrayed didn’t fall on deaf ears, as black dresses are still as prominent as ever on the prestigious red carpet.

Taking mama Roitfeld’s advice was none other than her daughter Julia Restoin Roitfeld, who looked simply stunning in an off-the-shoulder lace Dolce and Gabbana dress as she attended the de Grisogono Party in Cannes. We guess access to a coveted designer wardrobe is one of the many perks of having the former Vogue Paris Editor in Chief as your mother.

The elaborately detailed, sexy dress was the main focus of Julia’s look, opting to wear minimal accessories and leaving her sleek, shiny brunette locks flowing freely on her shoulders. A flawless black carpet appearance if ever there was one! 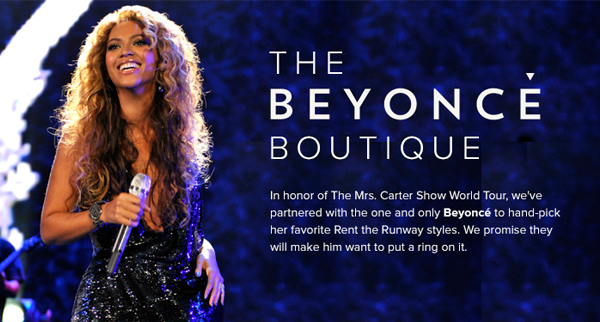 Beyonce Boutique at Rent the Runway!