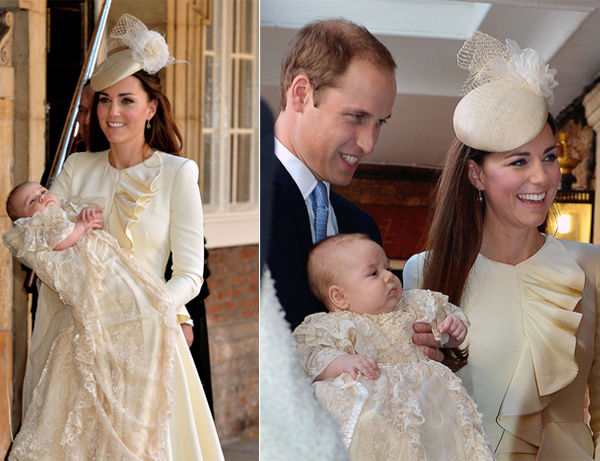 Look at proud parents Prince William and Kate Middleton beaming with pride at the Christening of their first son Prince George Alexander Louis.

As we told you a few days ago, our future King was Christened in an exact replica of the gown all the Royals since 1841 wore for their special day – including his father Prince William.

Prince George wasn’t the only one with a luxurious outfit though; his yummy mummy Kate Middleton wore a stunning cream suit by none other than Alexander McQueen, and accessorised with a gorgeous matching Matilda hat by Jane Taylor. She complemented her son’s outfit perfectly!

As expected, the Christening was an intimate affair, and was only attended by Kate’s parents Carole and Michael Middleton, sister Pippa, brother James, and all seven of Prince George’s godparents and their spouses. Oh, and of course the Queen, The Duke of Edinburgh, Prince Charles, Camilla Duchess of Cornwall and Prince Harry. Or fun uncle Harry as we hope he is known as.

Congratulations to the Duke and Duchess of Cambridge, and of course the heir to the throne, little Prince George. 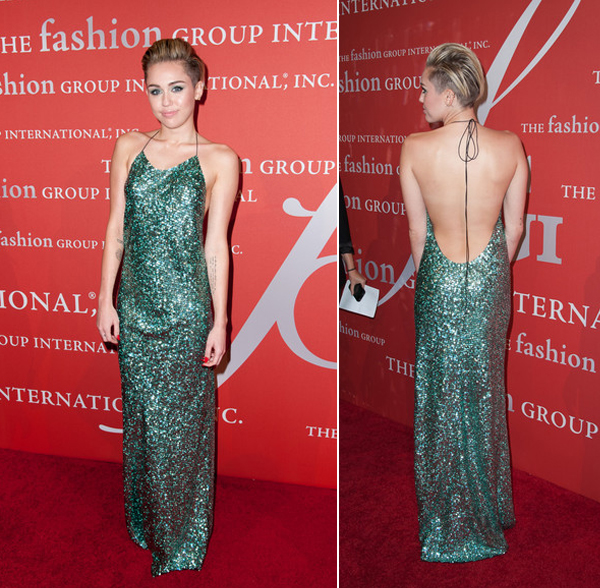 Miley Cyrus tones down and glams up in sparkly Marc Jacobs 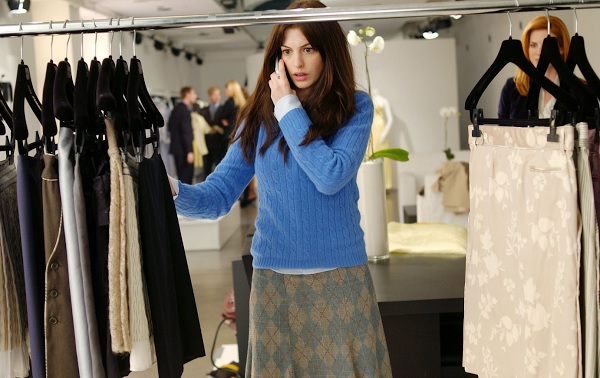