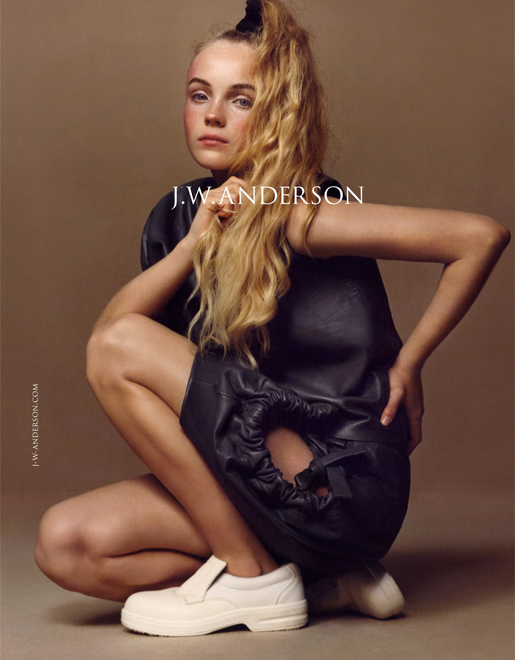 JW Anderson has made history, as he has just launched his first ever advertising campaign!

The ad campaign features just four images, and they were all photographed by Jamie Hawkesworth and styled by Benjamin Bruno.

“I never have any self-control, we just thought why not? Let’s do it,” the designer said. “I’m really happy with them, they really sum us up. I think it’s difficult to get a picture that does something quite calming and isn’t just about androgyny. They’re just awkward characters.

“Obviously there will be a pressure to do still-lifes of bags. But I think ultimately it has to sell a dream. Buying into something that’s a character, that’s what’s exciting and trying to find a unique image to us stylistically is very difficult.”

Expect to see the ads in a few glossies, posters and in pop-ups and stores. What do you think of the first ever JWAnderson ads?