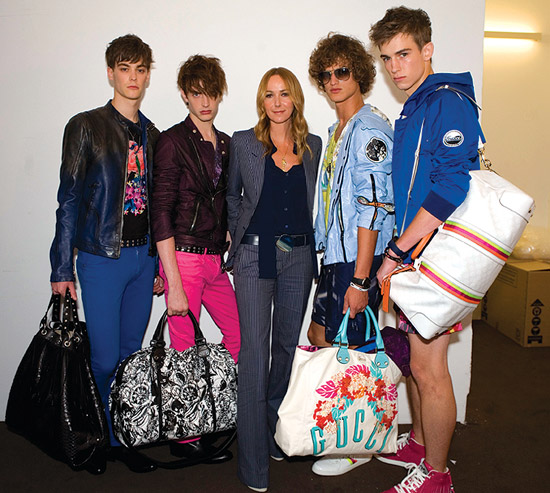 Frida Giannini was named Fashion Designer of the Year at last night’s Glamour Women of the Year Awards.

The Italian fashion house’s creative director won the accolade at the ceremony at London’s Berkeley Square Gardens, where some of the world’s most glamorous women were in attendance.

Samantha Cameron – wife of British Conservative party leader David Cameron – was named Accessory Designer of the Year and attended the event with her husband.

Newcomer of the Year Katy Perry dazzled in a satin strapless blue dress while Amanda Seyfried – who was named Film Actress of the Year – looked pretty in a loud-print dress.

This is not the first award Frida was won recently.

Earlier this week, she was named International Designer of the Year by Japan’s Fashion Editor´s Club every year.

It is the first time the prestigious award has gone to a woman. It coincided with Frida’s current Asian tour, where she is promoting the brand in countries including Japan and Korea, and visiting a new Gucci store in China.

Glamour Women of the Year Awards full list of winners:

Band of the Year – Girls Aloud

Entrepreneur of the Year – Kylie Minogue

Filmmaker of the Year – Sharman Macdonald

Presenter of the Year – Alexa Chung

Writer of the Year – Sophie Kinsella

Woman of the Year – Kylie Minogue

Get 50 per cent off Chloe at the Secret Sample Sale