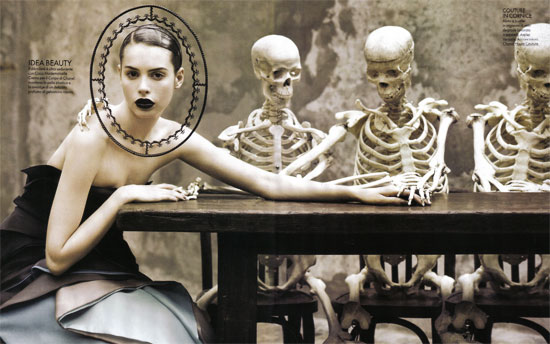 At last! Alexandra Shulman, editor of British Vogue and, therefore, one of the most important individuals in the fashion world, has said what we’ve all been thinking.

Yes, Shulman has spoken out against the ‘jutting bones and no breasts or hips look’ that designers have been increasingly pushing down the catwalks since the advent of the waif in the 90s.

In a letter to a variety of fashion designers and houses – including Karl Lagerfeld, John Galliano, Prada, Versace, Yves Saint Laurent and Balenciaga – Shulman said that Vogue was being supplied with minuscule sample garments which forced them to hire tiny models which the magazine then had to airbrush to look larger and appeal to readers. 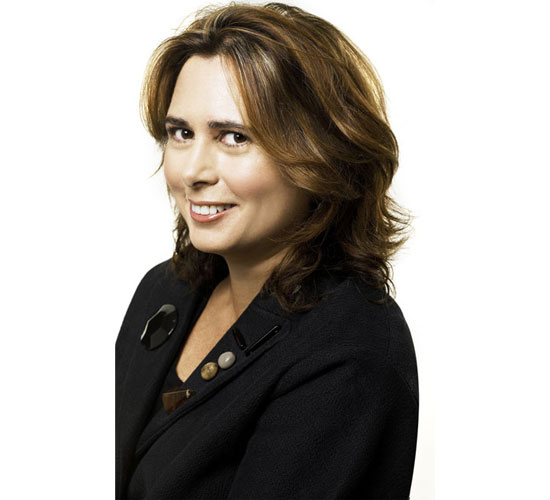 â€œWe have now reached the point where many of the sample sizes don’t comfortably fit even the established star models, said Shulman in the letter which was not intended for publication but seen by The Times newspaper.

“Look at the young scene girls. The Geldof girls, Alexa Chung. They are not the kind of thin that the girls we need to use are. Daisy Lowe is a good example. She wouldn’t fit into these samples,” said Shulman, adding that her readers did not want to see very thin models anymore.

Vogue typically uses the catwalk samples made by designers up to six months before the clothes are put into production for the ‘normal sized’ market.

Shulman’s letter has won her a legion of supporters and raised her profile on the international stage. Supermodel Erin O’Connor described her comments as a â€œhuge breakthrough

â€œHer call now needs to be backed by all the other glossy magazine editors, who must join the chorus if they want to see a change within the fashion industry. One lone voice will not be enough.

Never-the-less it’s a brave move from Shulman, who will have won few friends among the design houses upon whom she relies for advertising revenue for British Vogue.

Of course she is right, and the shocking illustration in The Times of how models are filled out for print superbly illustrated her point.

Can there really be anybody who has sat in the audience at London Fashion Week and not felt uncomfortable at the never-ending parade of coat-hangar collar bones and toothpick thighs.

But Shulman’s stand will count for nothing if she does not receive vocal support form other big players. Will her famously blase counterparts, Anna Wintour at America Vogue and Carine Roitfeld at French Vogue, neither of whom look like they regularly chow down on a big hearty home cooked meal, support her?

Truthfully, I think it’s unlikely, although I would very happily be proven wrong.

And what about the designers?

Well, thus far, they have refused to touch this debate with a barge pole. This is the same world that celebrated the relatively normal sized Sophie Dahl but made her feel so bad about herself that within years she was a whippet thin size 8.

Shulman’s letter is a huge step forward, but won’t overcome the kind of comment I once heard made about a model in a shoot for a very well known weekly glossy about a stick thin model with ‘fat’ thighs…