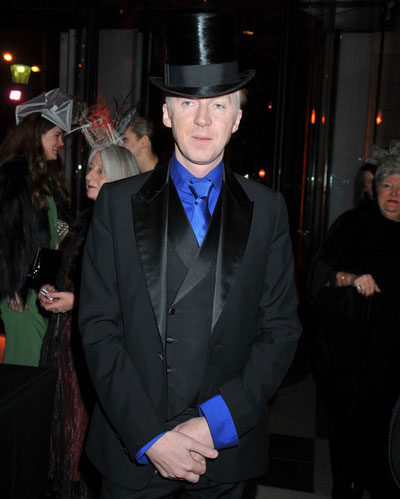 The Hollywood legend recently placed the order with royal milliner Philip Treacy, after she was impressed with his quick response to her fashion query.

Treacy revealed: ‘Her assistant called me up asking for hair pin and I sent her a message back asking if she wanted a hat to go with it. It turns out that she did – she wanted lots of them!’

Taylor asked the hat creator to meet her at a London hotel so he could show off his designs – and while he picked hats for her to wear, the 81-year-old screen star entertained him with songs and cocktails.

Treacy explained: ‘We spent two evenings at her suite at The Dorchester hotel fitting them, looking in the mirror. She even sang a song for us and ordered us cocktails. She doesn’t need an excuse to buy that many, she invented celebrity extravagance.’

Taylor isn’t the only star to request a Treacy hat recently.

Camilla, the Duchess of Cornwall, and Princess Eugenie both sported creations by the exclusive designer at the Ascot horse races this week.

The Irish-born milliner also designed the infamous peacock hat that Sarah Jessica Parker wore to the UK premiere of the ‘Sex and the City’ movie last year.

Get 70% off Bill Blass handbags