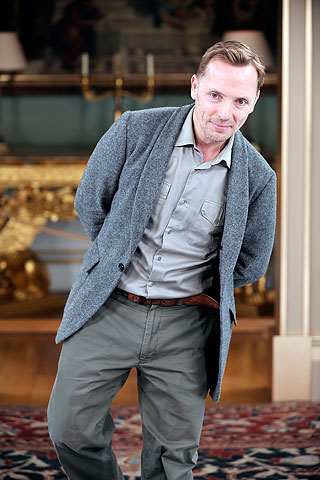 The designer – who is best known for her outrageous 80s fashion collections, which featured catsuits and metallic leggings – was praised by a host of celebrities for her dedication to the fashion industry.
Pam was joined onstage by punk musician Siouxie Sioux, while Blondie star and style icon Debbie Harry paid tribute through a video message.

The Scottish designer – who has dressed Kylie Minogue, Roisin Murphy and Rihanna – announced her return to fashion last year and has since received rave reviews for the Autumn/Winter 09 collection of her new label Hogg Couture.

Editor of Vogue.com and award judge Dolly Jones said: “Despite the incredible talent of his competition, it was a pleasure to see Graeme win. His is a classic style infused with modern details, often inspired by his Scottish heritage, so it seems fitting that he should take this year’s prize.”