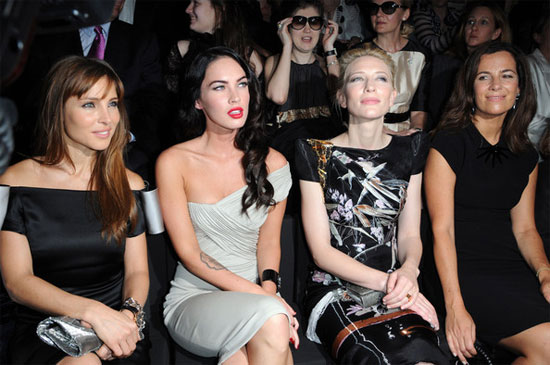 The ‘Transformers’ beauty looked stunning in an Armani asymmetrical knee-length dress, with her long dark locks tumbling over her shoulders, as she joined Cate Blancett in the front row of the designer’s catwalk show at the French city’s Couture Fashion Week.

While Megan wore a simple dress, the show’s models showcased new designs which wore covered in dazzling beadwork and sequins.
Admitting the collection could be hard to wear, Megan said: “I don’t know if I could pull it off, but I could try.”

Cate Blanchett, who was dressed on an Armani pagoda-shouldered sheath dress, was also impressed by the collection. 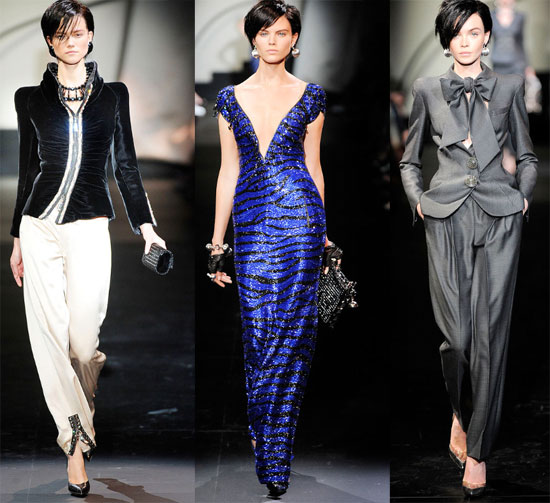 Armani’s winter 2010 display featured his signature look of pantsuits, complete with rhinestone-hemmed cuffs and buttons, and a series of bustier dresses, covered in crystals and sequins.

Following the show, held at the Palais de Chaillot, Armani hosted a champagne reception in the Musee de l’Homme, next door, to launch his newest fragrance, l’Idole.

Other designers to showcase their new range at Paris Fashion Week included Christian Lacroix and Givenchy.

Cavalli's not concerned with the credit crunch