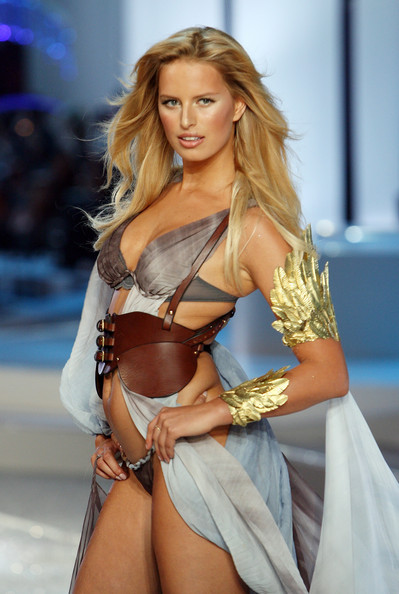 Karolina Kurkova is expecting a baby.

The 25-year-old Czech model is said to be six months pregnant with her first child with her filmmaker fiance Archie Drury.

A representative at Karolina’s agency DNA Models said: “The couple have been together for a little over a year. This is the first child for both.”

Karolina, who can soon be seen starring as Courtney A. Kreiger, an army recruit also known as Cover Girl, in new movie ‘G.I.Joe: The Rise of the Cobra’, began modeling at 15 and is famous for not having a bellybutton.

At 17 she became one of the youngest models to ever appear on the cover of US style bible Vogue, with editor Anna Wintour reportedly calling her the “next supermodel”.

She is also known for her work with lingerie firm Victoria’s Secrets, and wore a fantasy bra designed by Hearts on Fire and worth about $10 million in the company’s 2002 fashion show.

In 2006, Karolina was again chosen to model the fantasy bra and showcased a $6.5 million creation which was made of 2,000 diamonds.

Cross Alber Elbaz at your peril