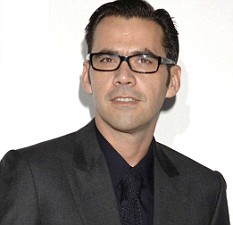 The size-zero debate has been on-going ever since models starved to death in 2006, but it seems fashion is finally ready for a turn-around.

Like everything else in fashion at the moment, Roland Mouret thinks we need to take a hint from the Eighties.

He told the Guardian:

â€œI see advertising going back to that powerful 1980s mentality, when girls like Linda [Evangelista] were ideal. Back in the 80s, when supermodels were several sizes larger than top models today, the colthes worked on bigger bodies.

And designer Antonio Berardi, who has talked about the troubles of finding girls with a womanly shape, agrees.

â€œWe have to spend days altering things, he said. â€œWe add padding and pieces that work inside the clothes to exaggerate their bodies into a more female form. I don’t want all those girls with pale skin who look the same. My family is Italian , I am inspired by a womanly aesthetic.

Size 16 model Crystal Renn , who has appeared in Italian Vanity Fair, Italian Elle, Cosmo Girl, is the only plus-size model to appear on a Harper’s Bazaar cover, has featured in four international Vogue editions, plus had stints on the catwalks for various designers , thinks fashion is now slowly beginning to change.

We sure hope so. Maybe the decade that fashion forgot wasn’t so bad after all?