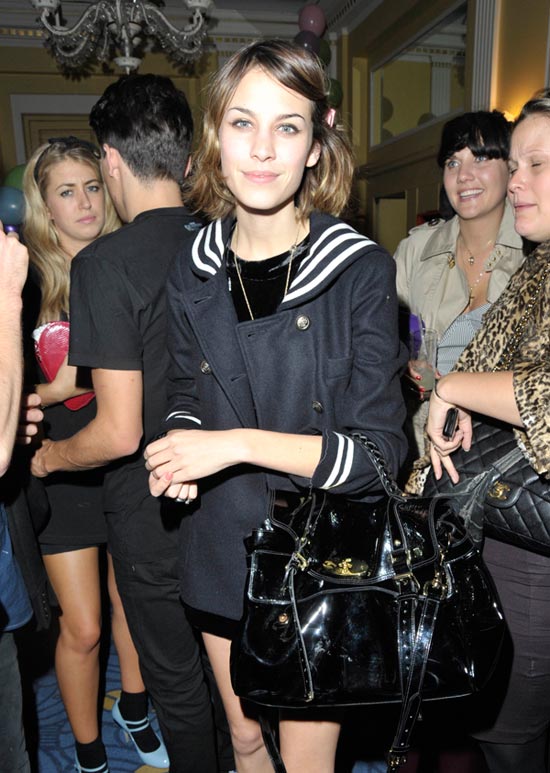 Hosted in the Ballroom at Claridges, the party’s decor drew inspiration from the S/S10 collection and featured the same pastel-pearl balloons and carousel horses that were used in the show, as well as having traditional fairground stalls, including hook-a-duck where guests could catch a Mulberry bag.

Guests enjoyed themed food and drinks , mini burgers and apple cocktails , at the London Fashion Week party, and danced to a live performance from Friendly Fires and music provided by DJ’s Jeff Leach and Mike Pickering.

It was a star studded event, graced with the company of the fashion elite including VIP guests Alexa Chung, Leigh Lezark, Pixie Geldof, Daisy Lowe, Sarah Harding, Nicola Roberts, Daniel Merriweather and Erin O’Connor to mention but a few.

This all sounds fantastic, which only adds to our disappointment. Our name was down on the guestlist to attend, but when we arrived we joined the end of a rather impatient queue, all waiting to to be allowed entry. I use the term queue loosely; it was a chaos of people pushing, shoving and clambering over each other to reach the front, only to be refused entry , a crowd that the security were finding hard to control. Apparently the event had reached full capacity, which led to a lot of sour and disappointed faces , ours included, and we were really quite disappointed with the poor organisation.

Nonetheless, Mulberry appeared to put on a great show , perhaps we’ll be luckier next time.

Get 70% off Marc Jacobs handbags!