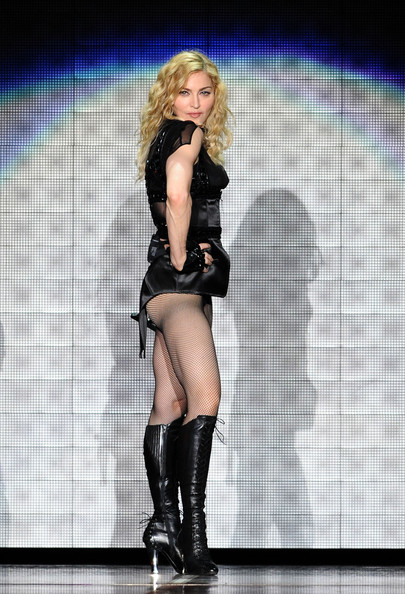 The rumours have been confirmed by Stefano Gabbana himself, via Twitter, no less. Yep, just as Louis Vuitton has joined the Twitter trendwagon, it seems Mr. Gabbana is partial to a good old tweet, too , and the designer has revealed he is pretty pleased with Maddona’s shoot.

â€œThe campaign with Madonna is beautiful (4 me), he tweeted yesterday, as reported by Vogue UK. â€œI can’t say anything about [it]!!!

And like a true Twitter trendsetter, the Italian tweeted throughout the shoot: â€œOn the shooting with Domenico……We are at the last shot…M is simply beautiful…We’re very, very tired but very happy as well….To have Madonna in our campaign is a dream come true.”

The pictures are well and truly under wraps for now, but if they’ve got Gabbana this excited, we can’t wait to see them.