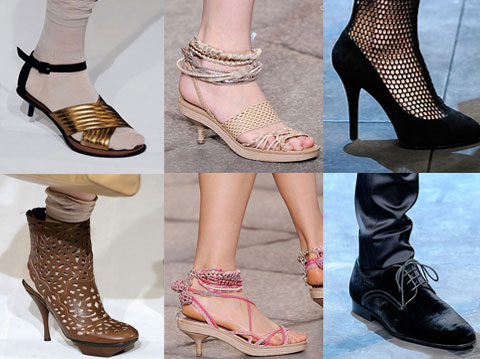 The last time I owned a pair of kitten heels they were deep purple with a patent snakeskin band across the foot, and they were the thing to be seen in. No this is not a testament to my previous life as a fashion crime bandit, but rather a telling tale of how long it’s been since the demure heel has been in fashion.

With designers from Marni to Missoni sending girls down the catwalk in mere masionettes of heels, it seems that the skyscrapers of previous seasons are long gone.