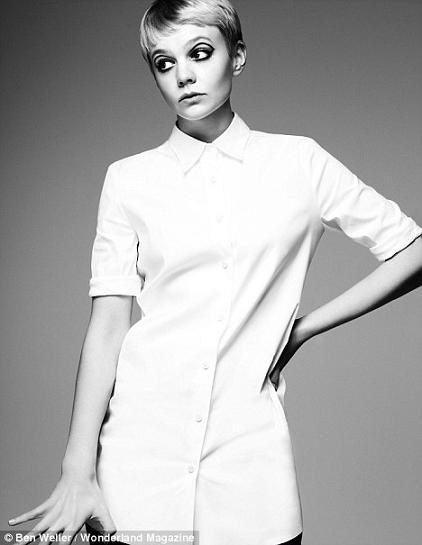 See Carey Mulligan channel Twiggy in her latest magazine cover, find out Basso and Brooke’s plans for expansion, and just how many suitcases can one Karl Lagerfeld carry?…

Carey Mulligan may be a style icon in her own right, but she’s a dead ringer for Sixties style siren Twiggy in this Wonderland Magazine shoot – Daily Mail

Is it a bird? Is it a python? Well, yes, actually, and it’s Miu Miu – Purseblog

Basso and Brooke have got plans for expansion, empire style, like the old ways of Versace – Grazia

Could this be the cheap quick fix to perfect pigmentation? – Elle UK

Thought you travelled heavily? Karl Lagerfeld will make you think again – leaving New York this week he took with him 14 suitcases – Daily Mail

Gaga Gives Up Clothes For Good

The sell out' sleep in a bottle' face cream