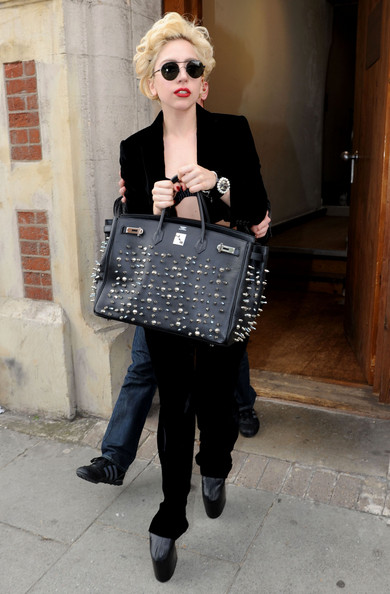 See Lady Gaga’s latest look in her new Alejandro video, find out what she’s done to her Birkin this time, and who will play who in a film about Isabella Blow’s life?…

She’s taken inspiration from the Pope and Kermit the frog so far on her sartorial sojourn, so it was only a matter of time before Lady Gaga channelled Madonna in her new video for Alejandro – Elle UK

And whilst we’re on the subject, Gaga’s taken to customise yet another Hermes Birkin – Purseblog

Minimalism may well be in fashion right now, but the Central Saint Martin’s graduates couldn’t care less – the Telegraph

Who will play who in a film about Isabella Blow’s life? – Grazia

Gap’s dedicated pop-up shop to CFDA/Vogue Fashion Fund winners opens! Time to snap a designer piece for a fraction of the cost – the Cut