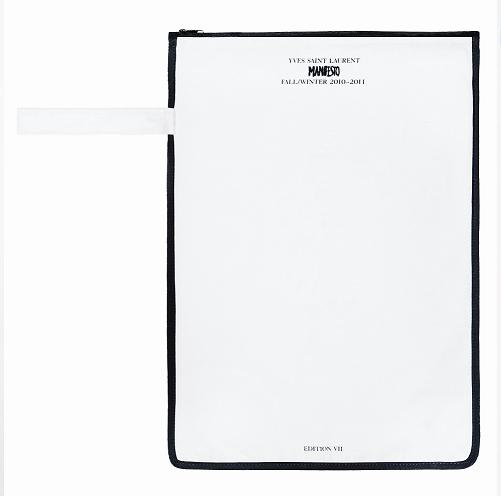 Attention ladies, Yves Saint Laurent’s latest manifesto for autumn/winter 2010 is just days away from launching – but it’ll be making its exclusive debut on the streets of New York four days before anywhere else.

Hitting NYC on Tuesday, September 14th, swiftly followed by a worldwide release on Saturday, 18th September, on the streets of London, Paris, Milan, Tokyo, Hong Kong and, for the first time, Beirut, the seventh edition of the fashion house’s iconic publication is set to be as sought-after as the six before it.

The new manifesto stars Daria Werbowy wearing key pieces from YSL’s new collection for AW10, and was shot, once again, by Inez van Lamsweerde and Vinoodh Matadin under the discerning direction of Stefano Pilati.

And as always, there’s a highly covetable collectors bag for the first 2,000 passers-by in each city – this time, a sleek white canvas tote with black piping, in-keeping with Pilati’s retro black and white pieces for the new season.

But this season’s manifesto also holds something new – the chance for you to be a part of the website, where the complete manifesto is available for download after September 18th, by the way. Those who manage to grab a copy in each city are invited to take pictures of themselves with their new mag and limited edition bag and submit them to www.yslmanifesto.com – you may find yourself in the manifesto’s gallery and on its Facebook page.

Mark that date in your diaries.

Gucci and Riva announce exclusive made to order yacht